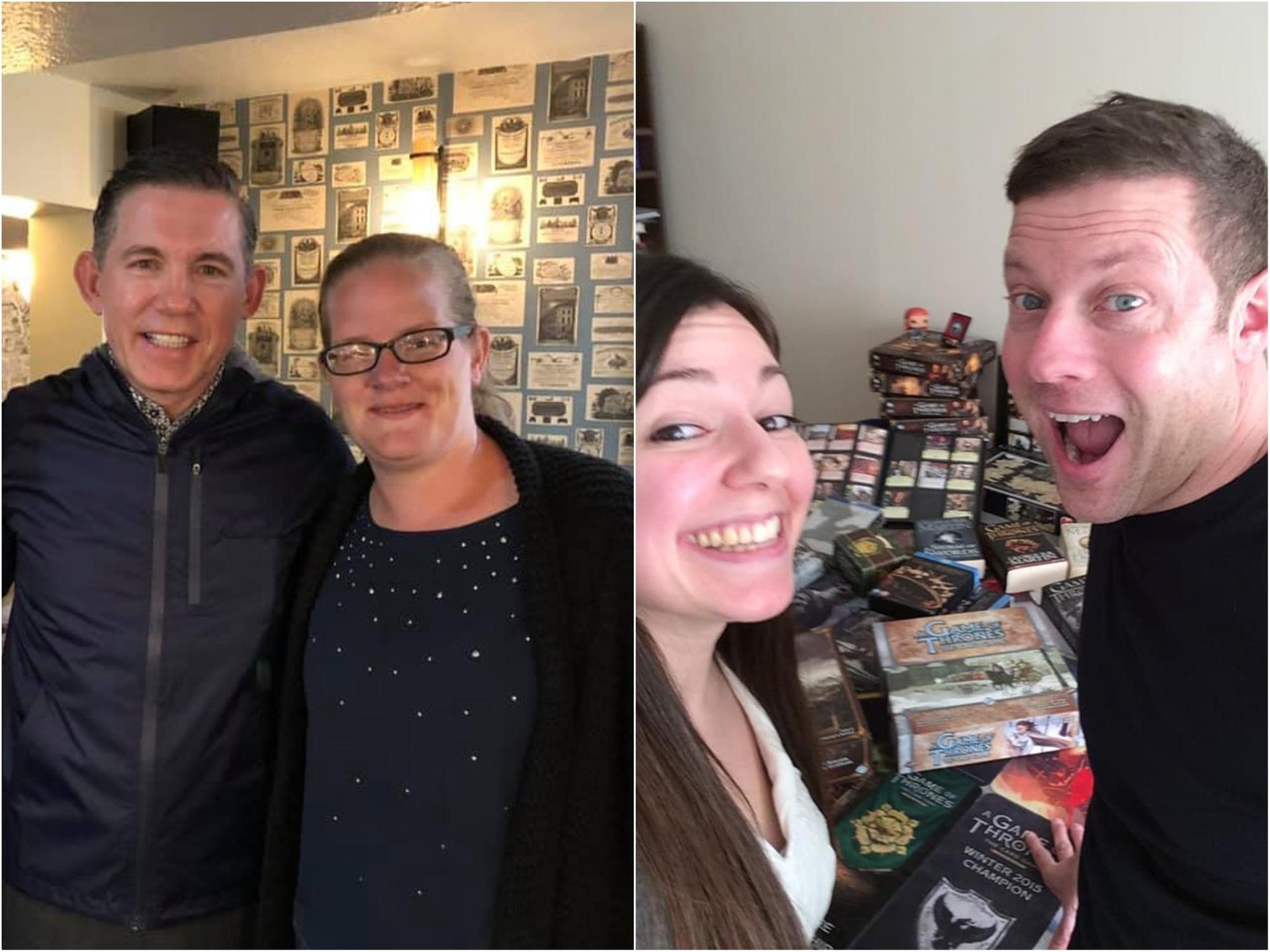 People in Northampton have certainly met a mixed bunch of well-known famous, from the really rich and famous including Lewis Hamilton and Diana, Princess of Wales to UK TV legends, Bob Mortimer and Alf Stewart from Home and Away.

Whether you’ve snapped a selfie with a Hollywood A-lister or a reality show star – the pictures are likely to be a talking point among your friends and raise a smile.

Have you ever taken a selfie with a celebrity before? It doesn’t matter which year it was, we are intrigued to know if you were brave enough to ask them or did you get star-struck?

People from north Northampton have been lucky enough to meet some very famous faces, including singing superstars, television royalty and an actual Princess.

Rebecca Walker said: “Dermot O’Leary came to our house to film for a TV pilot. I showed him our game of thrones card game collection and my mum baked him a cake. We then sat on the sofa, ate cake and watched the first episode of game of thrones together.”

Jade Matthews said: “My son Kenzie met Bradley Walsh in Milton Keynes after he performed in the Peter Pan pantomime. Bradley came out to have a photo with my son in his dressing gown.”

Ellena Anastasiades said: “I met Carrie Hope Fletcher at the Royal and Derngate Theatre in Northampton in 2017 and she offered to take the selfie which made me so happy!”

Poor recruitment and loss of key players the chief reasons behind return to League Two In many ways, Saturday’s limp 3-0 defeat…

For both Saturday and Sunday (May 1 and 2), there are 18 stalls including takeaway food trucks, bars, homemade chutney stalls and more Northampton Chronicle and Echo …