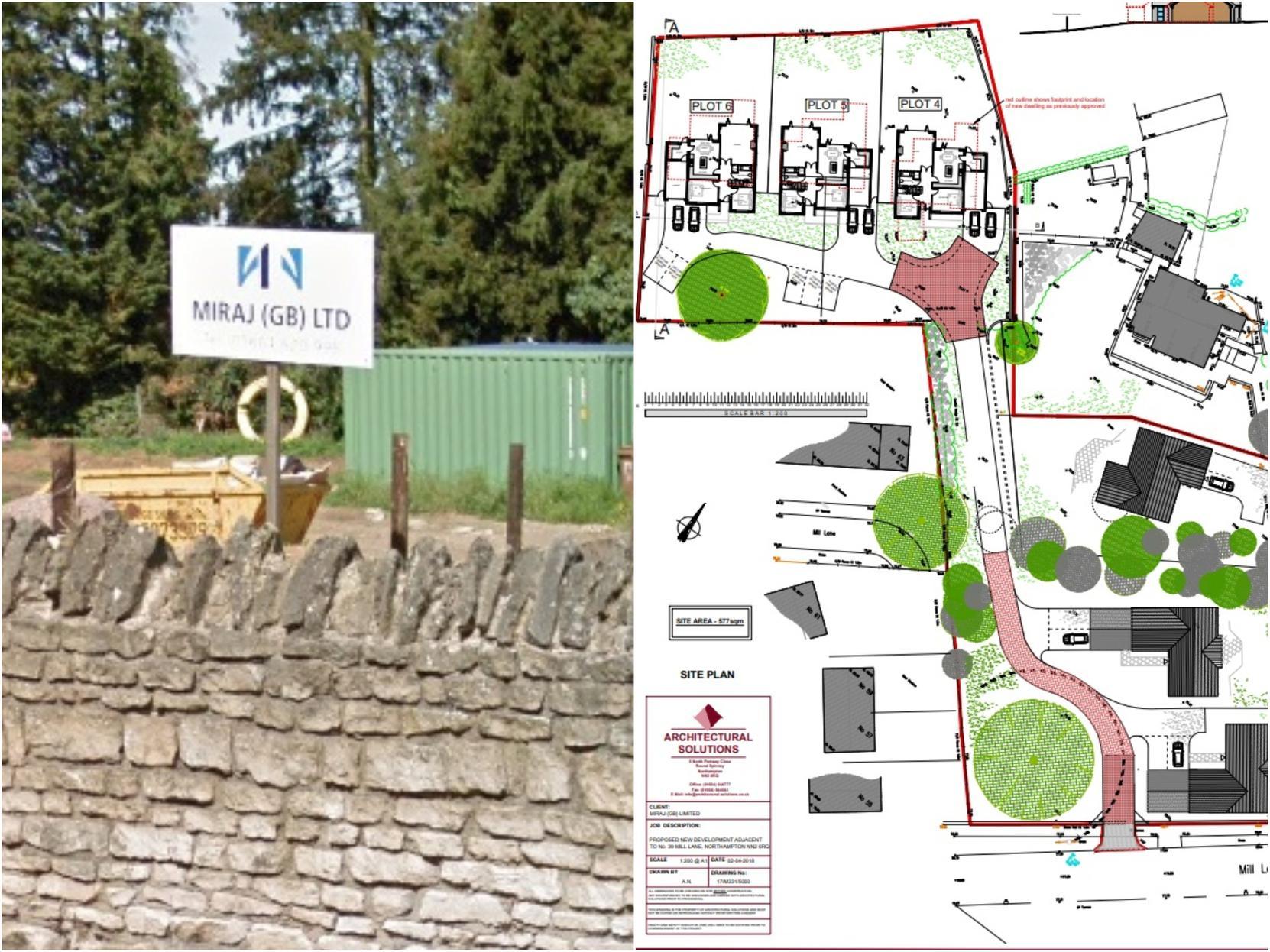 A developer has been told their work is “considered no to be authorised” and must submit new planning permission.

A developer on a Northampton building site has been ordered to resubmit a new planning application because the houses they have built so far have strayed so far from what they said they would do.

The developer is in the process of building six houses on an empty paddock off Mill Lane, in Kingsthorpe.

But they have now been told all of their work related to three houses so far has been deemed “unauthorised” by the council because what they have built is not what they said they would do in their rubber-stamped plans.

It comes as part of an investigation by the borough council, who received complaints from the paddock’s neighbours in July that the homes were being built too tall, too far forward and with extra windows and rooflights.

Work on the site was ‘voluntarily paused’ in July and has now resumed, but this is reportedly only to make the standing houses watertight.

Now, a series of letters sent to a nearby resident from senior planning staff at the council has revealed that Miraj has now been ordered to file new planning permission for their houses if they want to continue.

A letter from a senior planning officer reads: “The original planning permission is now deemed not to have been implemented as the scheme deviates too far from what was approved.

“All works are now considered to be unauthorised, which is why all works have ceased on the site and the developer is seeking to secure a new planning permission.

“The applicant has also been advised that any works being carried out prior to planning permission has been obtained would be at his own risk.”

It means neighbours near to the site on Mill Lane will be asked to consult on the re-entered plans.

The letters also detail that the council will not take enforcement action until an outcome has been reached on the new plans.

Did you see this spectacular funnel cloud in the stormy skies over Northampton tonight?