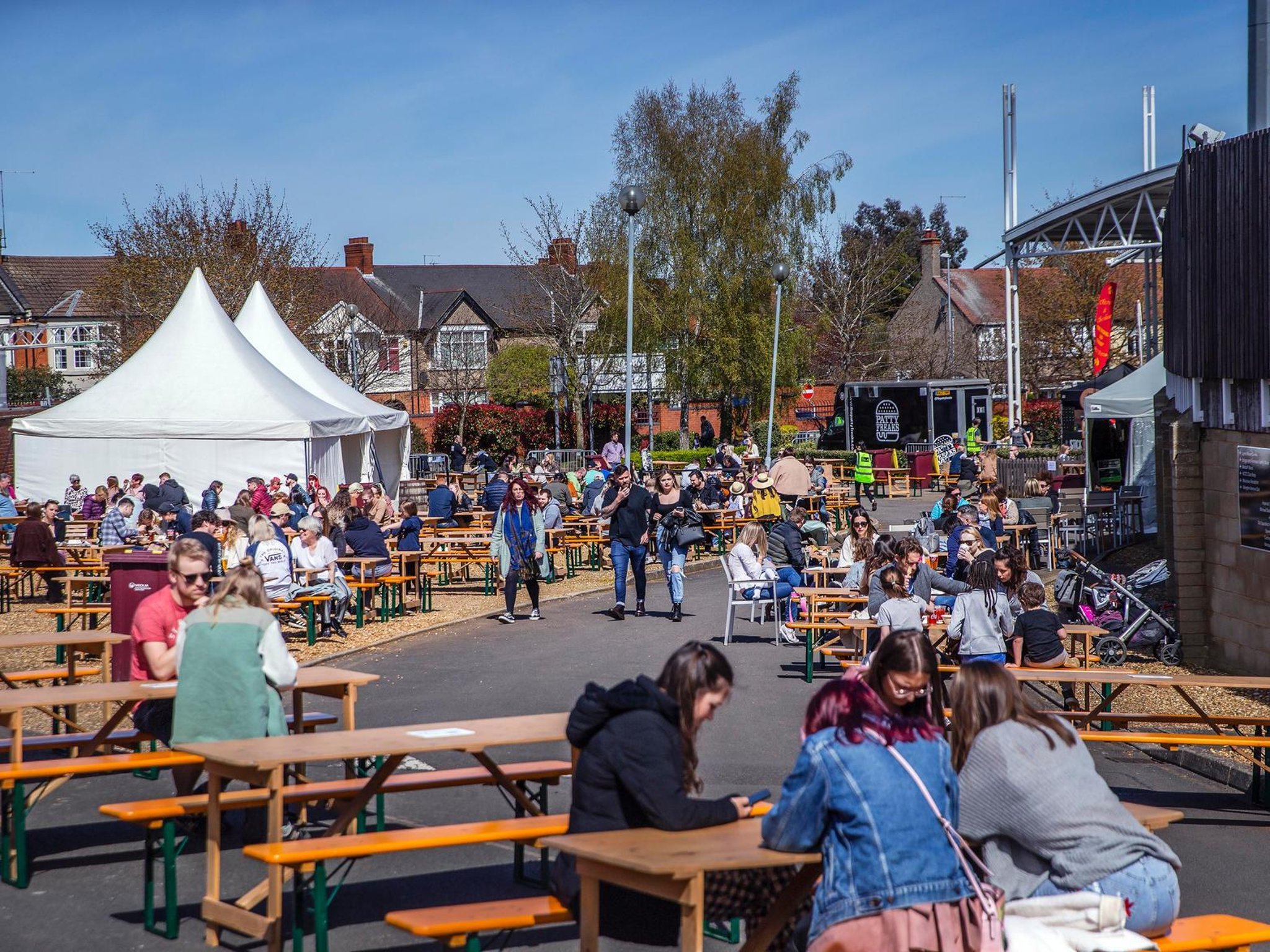 Street food pop-up, Bite Street, made its big return over the weekend at the County Cricket Ground in Abington and raised hundreds of pounds to fund a new children’s play area at Northampton General Hospital.

Bite Street is compiled of a variety of independent food vendors offering a selection of tasty dishes – including The Smoke Pit, Patty Freaks, Brink and Babs, Brooklyn Brewery, Canoodle and Churros Susanna.

​Bite Street organiser, Crispin Slee, said: “It was a great weekend. We were incredibly lucky with the weather and we are enormously grateful to everyone who came and supported us and all the independent food traders at the event who have had a really hard time during lockdown.”

Mr Slee continued: “We’re delighted to say that the people of Northampton took up the challenge and the rainbow burger sold out every day. As an added bonus, Patty Freaks, the awarding winning burger meisters whose wonderful creation it was, are going to match our gift, doubling our target.

“In total from this one event, we will be donating £400 to help build a new outdoor play area for the children’s awards at Northampton General Hospital. We think this is a fantastic cause and are delighted to be able to support it. We hope be able to continue to support it in the future.”

Visitors pre-booked hourly slots prior to the event to ensure that everyone was socially distanced.

‘Canoodle’ was one of the food vendors at Bite Street – street food from them includes their crispy Korean pork belly burger, Korean fried chicken and Korean loaded fries!

Get a ‘load’ of these loaded fries!

Take a look around newly opened family farm in Northampton including cows, ducks and more

In pictures: Family fun as popular pick your own sunflower farm reopens in Northamptonshire

11 cosy independent village pubs to visit in Northamptonshire this winter