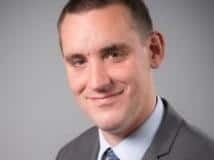 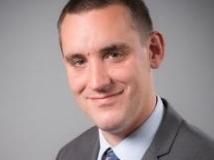 Cllr Gough was part of a group who attempted a no confidence motion in the council’s leader in May.

A Wellingborough councillor who claims he has been bullied by the council’s leader is now under a standards investigation.

In the days after the meeting Cllr Griffiths and another unnamed councillor made a complaint against Cllr Gough, saying in making his speech he had breached the local authority’s councillor code of conduct, and a standards committee held last Thursday (August 6) found that there should be further investigation into the matter.

In a letter yesterday (August 10) from the deputy monitoring officer Karen Denton Cllr Gough, who represents the Earls Barton ward, was told the findings of the committee – which is made up of three councillors and an independent person.

The letter says: “The Assessment Sub Committee met on Thursday 6 August 2020 to consider the complaints.

“The committee determined that the complaints warrant further investigation for the reasons that were detailed in paragraph 8 of the reports. An investigating officer shall be appointed shortly and I shall inform you of their details. They may wish to discuss the complaint with you to obtain your perspective before they or I as deputy monitoring officer determine if there is evidence of a failure to comply with the code.

“There is no right of appeal against the decision of the sub committee. If you feel that the authority has failed to deal with your complaint properly you may make a complaint to the Local Government and Social Care Ombudsman, whose details can be provided to you on request.”

Speaking to the Local Democracy Reporting Service Cllr Gough, who is currently suspended from the Conservative Party pending an investigation and is an independent, says he was unaware the standards committee meeting was happening until he received correspondence after it had taken place.

He said: “I see this complaint as a further act of bullying behaviour. I complained about being bullied and the response to make a complaint against me. I will not be bullied into silence and want all this out in the open. It is detrimental to myself, my family and my constituents.”

In his complaint against Cllr Gough, Cllr Griffiths says Cllr Gough has not provided any evidence of bullying and the accusations have had an impact on his performance as leader.

He wrote: “This is another example of defamatory and malicious comments by Cllr Gough following a vote of no confidence in my leadership of the council that named seven other Conservative group members. That motion was released to the press within minutes of being issued to our group secretary.

“This latest incident has had a huge impact on my performance, the reputation of our council and has been very damaging to the whole performance of the council.

He added: “There can be no excuse for behaviour of this kind by any elected member and as such I believe there is no easy remedy.”

The matter was taken to the standards committee after an assessment by the deputy monitoring officer (DMO). In her report she said: “During debates there is normally an element of political bluster, informality of speech and also criticism of points put forward by others, particularly political opponents.

“It is the opinion of the DMO that the comments made by the councillor go significantly beyond that which are considered acceptable in political debate and was an attack on an individual and not their political ideology. Further they are of a serious nature.”

There has been disharmony among the ruling Conservative group in Wellingborough for many months.

Cllr Griffiths was contacted for comment but said he could not discuss a live standards investigation until it is concluded.

This is the last year of Wellingborough Council. In April the authority will be replaced by the new North Northamptonshire Unitary Council.

A message from the Editor:

In order for us to continue to provide high quality and trusted local news on this free-to-read site, I am asking you to also please purchase a copy of our newspaper when you do your weekly shop.

Our journalists are highly trained and our content is independently regulated by IPSO to some of the most rigorous standards in the world. But being your eyes and ears comes at a price. So we need your support more than ever to buy our newspapers during this crisis.

With the coronavirus lockdown having a major impact on many of our local valued advertisers – and consequently the advertising that we receive – we are more reliant than ever on you helping us to provide you with news and information by buying a copy of our newspaper.