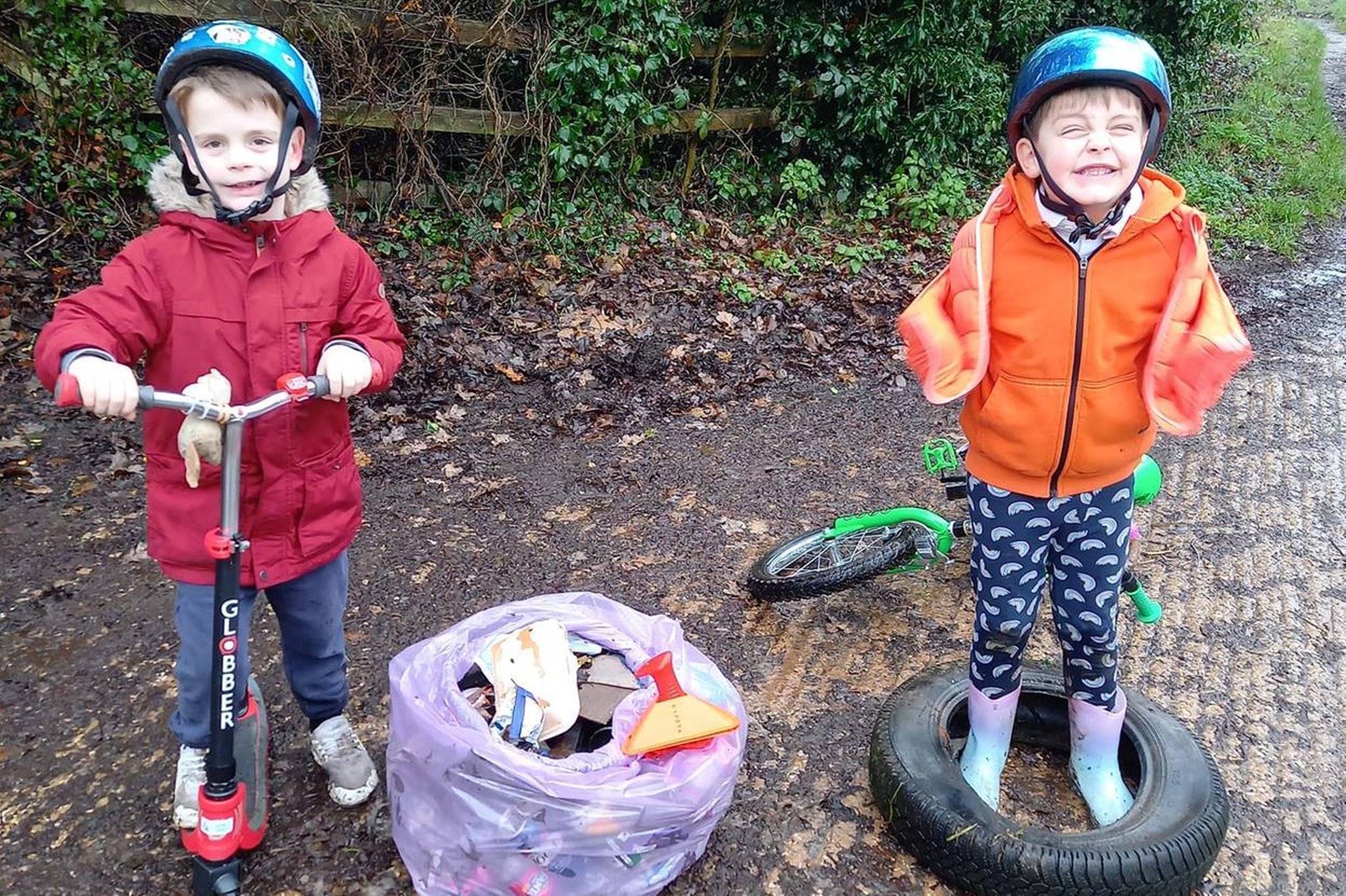 Northants Litter Wombles have removed 30,000 bags of litter from across the county throughout 2021.

The team now has more than 2,800 members who go out in their spare time collecting litter.

Nicola Elliott launched the group after getting fed up of seeing rubbish everywhere.

Simon Haywood, who is part of the Daventry group, said: “I started litter picking after noticing large amounts of rubbish on my daily dog walks. I found Daventry Litter Wombles on Facebook and joined the group.

“My eight-year-old grandson, Frankie, came to stay over Christmas and I pointed out loads of rubbish when we walked the dog together. When he asked if we should pick it up, I said we would come back for it with a bag and litter picker.

“He was super excited and now wants to join a beach cleaning group in Jersey when he gets home.”

Mel Carter, who lives on Lang Farm, rolls up her sleeves with her twins Stanley and Arthur, six.

She said: “We usually pick around the estate and the boys love getting involed.

Bodhi the dog loves getting out and about with the volunteers.

Euro 2020: Here is a list of the best pubs in Northampton which are showing England on TV this summer

Daventry in History group is a treasure trove of information, history – and wonderful people