Residents have been invited to a peaceful outdoor vigil to show public support for the people of Ukraine on Thursday, March 3.

The vigil will be an opportunity to provide a moment of quiet reflection for those affected by the conflict, with the proceedings starting at 7pm

A vigil will be held next to the Corby Cube

The vigil is being held in the public space adjacent to the Corby Cube on the south side, nearest Westcott Way.

There will be opportunities to light candles, but space will be limited so the council are recommending using the torch on a mobile phone to join in the vigil which is less dependent on space and weather conditions.

North Northamptonshire Council has previously condemned the Russian invasion of Ukraine and continues to stand in solidarity with Ukrainian people.

At a meeting of the council in February, Cllr Jason Smithers, leader of the council, moved a motion speaking out against the act of aggression in eastern Europe.

It said: “North Northamptonshire Council unreservedly condemns the unprovoked aggression of Russia in invading the Ukraine and stands in solidarity with the Ukrainian people and supports the British Government in its diplomatic and economic measures against the Russian State.”

The motion was seconded by the Labour Group and supported by the Green Alliance, giving cross-party support. 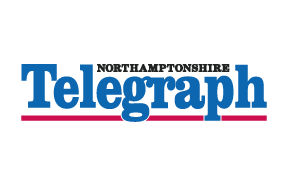 From a conservatory roof that delivers in every way to home improvements to suit your budget, this firm has the solutions to your property problems. Northamptonshire Telegraph News…