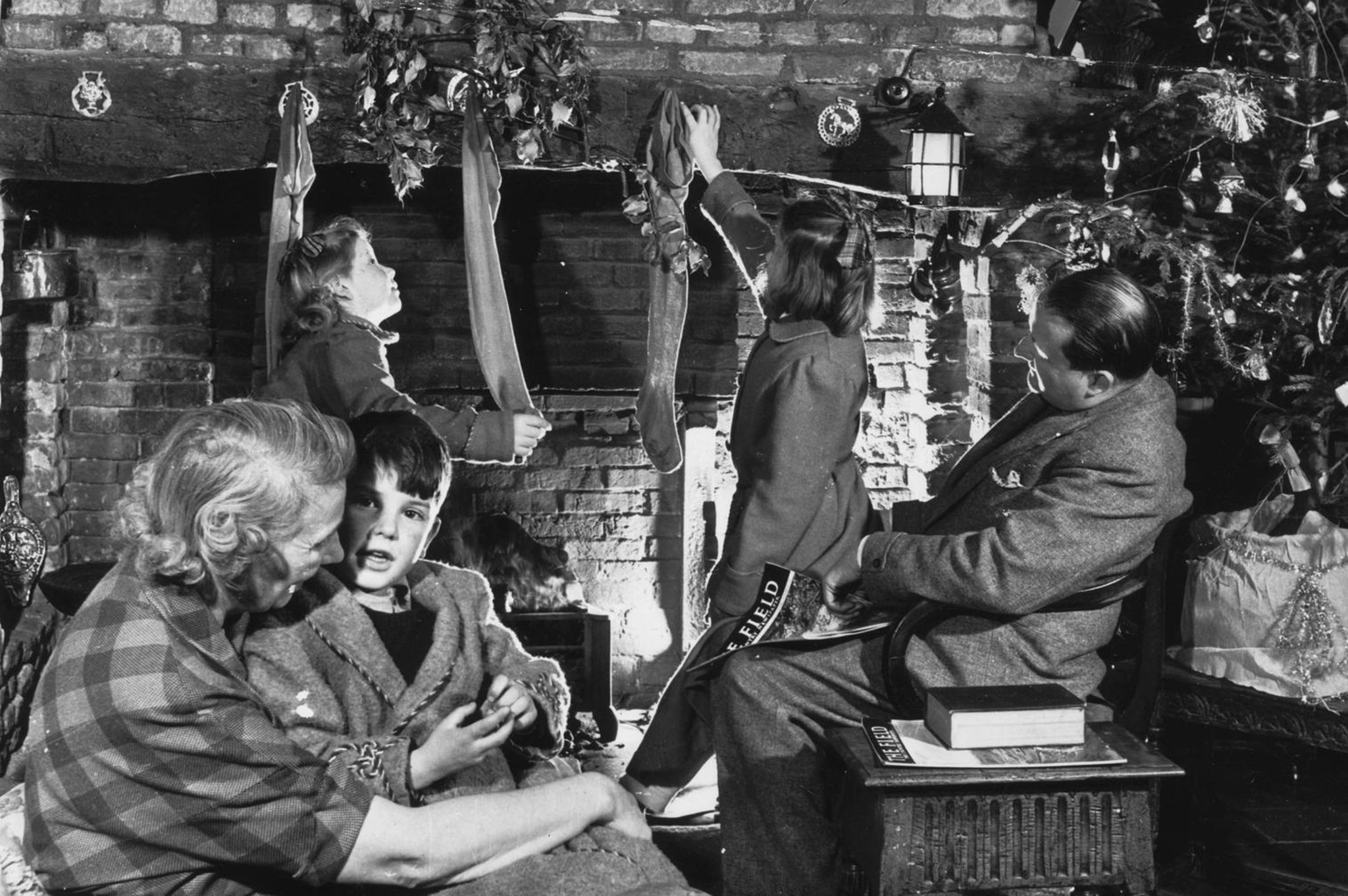 The festive period at wartime was very different to the one most of us are used to today and much more about ‘making do’.

In our latest Our Generation column, written by members of Daventry U3A for The Gusher, Lyn Puleston remembers wartime Christmases.

Lyn was born in 1937 and lives in Daventry District. He is married to Brenda and they have two children.

Christmases during the war were rather different from Christmases today. There was very little to buy in the shops, few decorations and because of the blackout no external light. Food, fuel and clothes were rationed, and many people were away in the armed services.

For children Christmas presents were limited to colouring books, crayons, paints, puzzles, card games, story books (Winnie the Pooh) and some extra sweets. There were some wooden toys, but nothing made of metal, and of course plastic was not in existence.

We made paper chains and lanterns from any paper we could find which we painted different colours. Flour and water we used for glue. We also made paper hats, and unsuccessfully tried to make crackers. There was also plenty of holly and ivy from the garden. There did not seem to be much build-up to Christmas Day. Most of the activities took place during the week of Christmas or afterwards.

I remember carol services, nativity plays, village plays and parties put on for us children. One particular party was at Dudmaston Hall, Quatt, which is now a National Trust property.

The son of the vicar, who was aged eight, played the grand piano for the party games. Sometime later he became the organist at St George’s, Windsor.

My father was vicar of Quatford near Bridgnorth. We lived in a huge Victorian vicarage with three large reception rooms and an enormous kitchen. There were seven bedrooms and two staircases. There was no electricity or gas. Lighting was provided by oil lamps and candles, and open coal or log fires attempted to heat the house.

There was also three acres of garden in which vegetables were grown and chickens, rabbits and a couple of pigs were kept.

Father was also a civilian chaplain to the RAF training base at Bridgnorth. It was here that crews were trained as wireless operators, gunners, navigators, and bomb aimers. Pilots were trained elsewhere. His duties included taking services, providing counselling support, and writing to the many bereaved relatives.

One particular Christmas Day I remember my parents had open house for those who chose to come. About 20 young airmen turned up and some WAAFs bearing what food they had been able to scrounge.

I remember we had a roast goose, chicken, pork and baked potatoes, and a lot else. We played all sorts of party games, squashed sardines, murder in the dark, guessing games, pass the parcel and musical chairs and charades. With my mother playing the piano we sang carols. There was a great deal of laughter.

They all stayed till past midnight.

Some years later, after the war, my father told me that only one of those airmen who came that day survived the war. The casualty rate for bomber crews was shockingly high.

When I think of the sacrifices which those young men made, I realise how much we have to be thankful for in spite of Covid 19.

This lucky little boy shows off his ‘Tiger Tank’ in 1939.
Picture: Getty Images.

‘Do not panic’: Advice for Northampton GSCE students ahead of coronavirus-affected results day