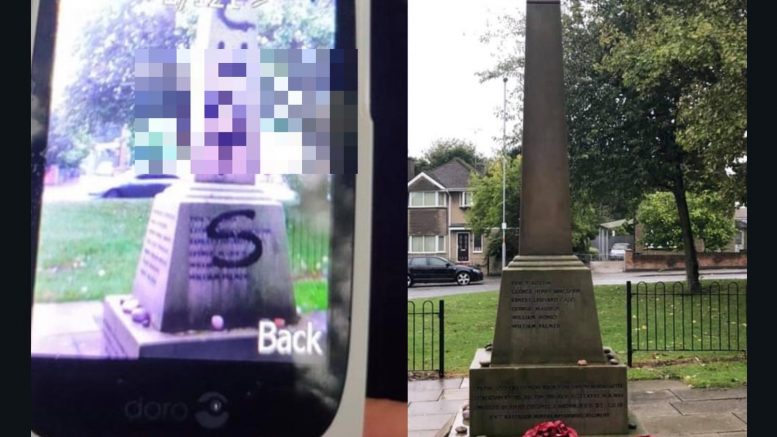 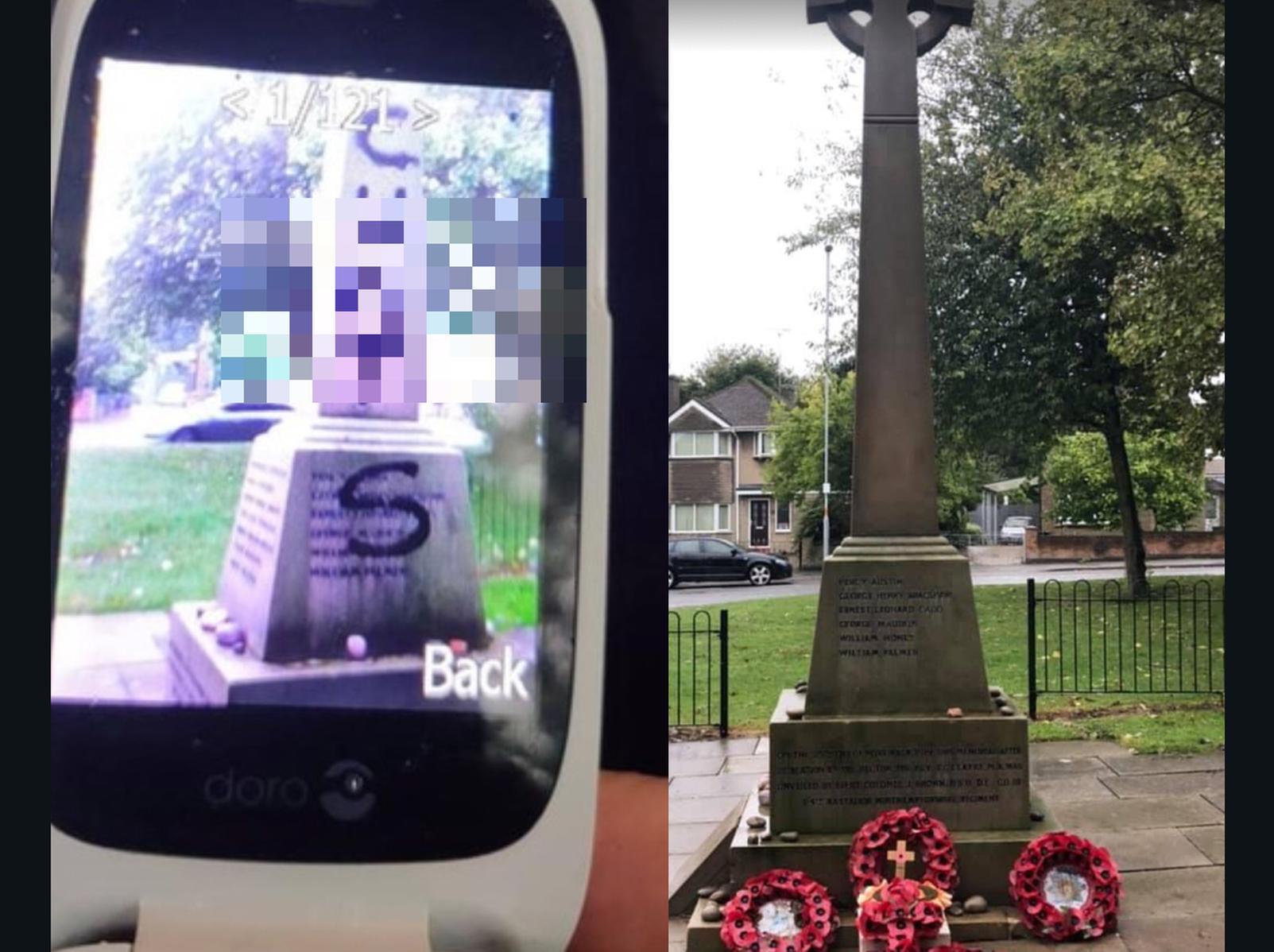 The graffiti on the memorial, which is too vile to show fully here

The memorial, which bears the names of those from our town who gave their lives for their country, was reportedly sprayed at some point between yesterday and this morning (Saturday, October 3).

Those who discovered say they cleaned it off immediately, but there has since been widespread disgust as the pictures spread around the town, including from the sister of Victoria Cross hero Lance Corporal James Ashworth, who died courageously in Afghanistan eight years ago.

”Everyone is so shocked by it. I think everyone just wants to know why, and who did it.

”It may just be stone to some but to other people it’s a lot more then that.”

The graffiti was reportedly discovered today by Corby Royal British Legion’s Gareth Price who posted on the RBL Facebook page: “Our war memorial has been defaced in the last 24 hours. It’s the first time in its history that this has been done.

”This is no way to treat the memories of people from the town who have fallen in defence of their country.

”Luckily we have been able to clean it off without any damage to the memorial.”

Firefighters from Corby Fire Station also went to the memorial today to ensure it was in good condition. There was no sign of the damage by this afternoon when our reporter visited the memorial, which is off High Street in Corby’s historic Old Village.

People who damage war memorials are currently prosecuted using existing criminal damage laws. But a bill that is currently going through parliament would make the desecration of a war memorial an offence in its own right, punishable by a ten year prison sentence for the worst examples.

If you have any information about the incident, please phone police on 101.

IN PICTURES: Couples who tied the knot this Christmas in Northamptonshire