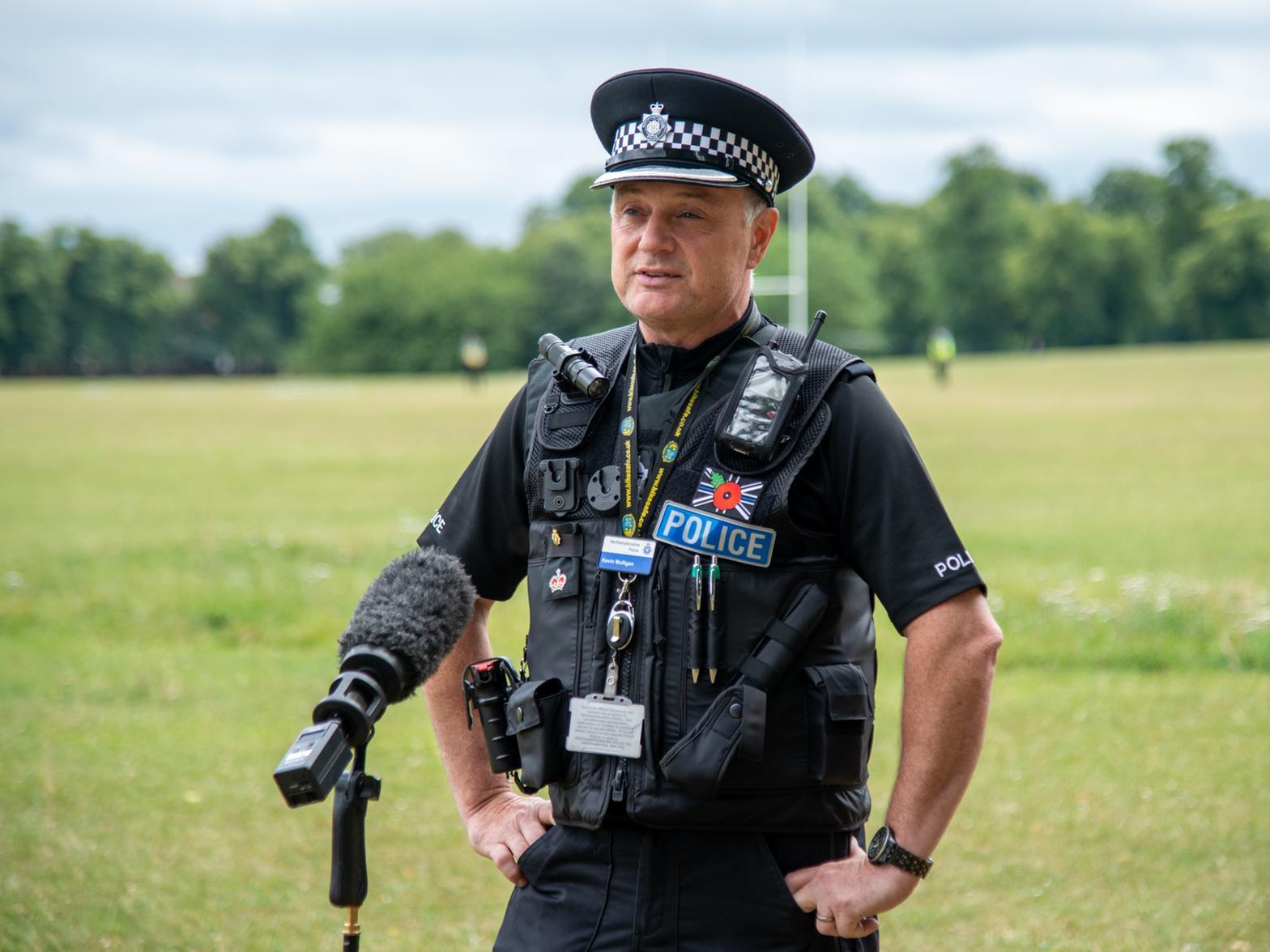 At the beginning of September, officers were called to a domestic incident in Northampton where a man had thrown a kettle of hot water over a woman.

After some initial reluctance, the support and gentle encouragement provided by the Domestic Abuse Prevention and Investigation Team (DAPIT) gave the victim the strength to provide a statement.

Her bravery resulted in the arrest of a 42-year-old man, who was subsequently charged with assault and has since been remanded into custody.

This is just one of many cases Northamptonshire Police have dealt with.

Superintendent Kev Mulligan, the man in charge of West Northamptonshire Police, said: “They can tell us to give up on them but we never will. We will always fight their corner. Sometimes, they just need someone to make them believe in their own strength and no one can do that as well as a police officer.”

On 12 September, officers attended another domestic incident in Northampton where a man had threatened to burn down a house and was pouring petrol on the front lawn of the property.

A 36-year-old man was later arrested and charged in connection with the offence.

Superintendent Kev Mulligan said Northamptonshire Police are committed to “protecting the most vulnerable people in our society.”

On 25 September, a 24-year-old man was charged with engaging in controlling and coercive behaviour in relation to a number of domestic-related incidents in Daventry. One of these cases involved a man threatening to beat a woman if she hugged her male friend.

It is not just domestic violence that has kept Northamptonshire Police busy this month.

On 17 September, police received reports of a man in turmoil who had gone missing with serious concerns that he was about to end his life. After an intensive search, including sending out police dogs, he was found safe and well by response officers near Salcey Forest and safeguarded.

On 20 September, officers dealt with another incident where a man believed he was under attack because of his struggles with mental health and dialled 999. The response officers dealt with the situation calmly and with compassion, taking him to hospital and sitting with him until he was called in for treatment.

Just two days later, officers tracked a high risk missing person to the toilets at Weston Favell Shopping centre and, after realising she had overdosed, rushed her to hospital where she was treated.

Superintendent Kev Mulligan, said: “These incidents show the other side to policing and the commitment our officers and staff demonstrate every day in protecting the most vulnerable people in our society.

“We are still executing warrants, seizing drugs and tackling crime, but what makes our cops so great in this county is their ability to go from knocking a door in and arresting a drug dealer to sitting in hospital with a suicidal person who needs their support – providing reassurance and a listening ear.

“I am particularly pleased with the results our domestic abuse teams have secured in the past month which has seen both adults and children safeguarded from harm.

“We will continue to be relentless in our efforts to tackle crime and protect people in this county and I am proud to lead such a dedicated and committed group of police officers and staff.”

Could you help Corby and Wellingborough communities get creative with art and science?