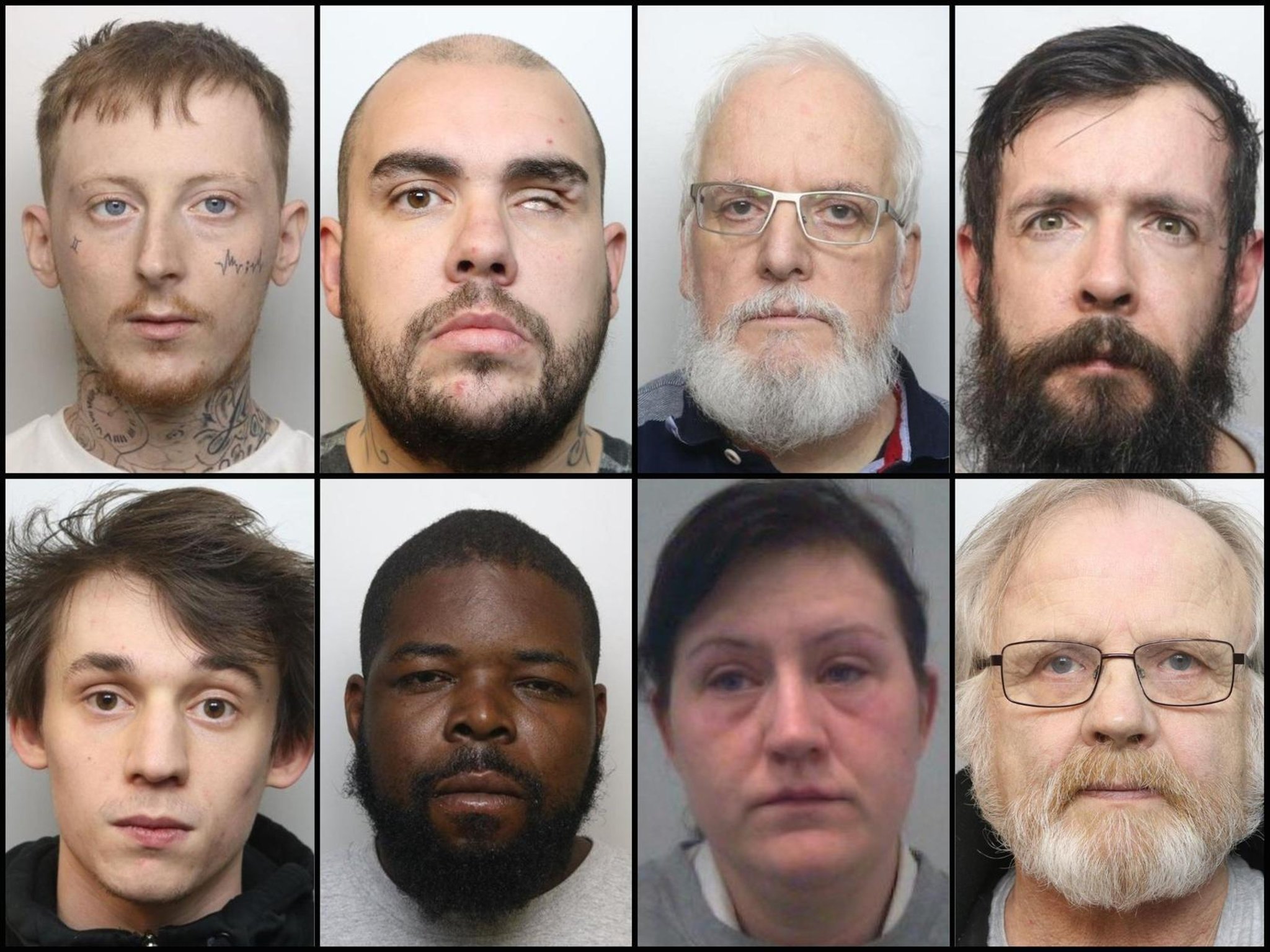 Clocks will be going back in a couple of weeks — but this lot are already facing longer nights stuck indoors.

All the faces you see here belong to crooks, thugs, paedophiles and drug dealers with links to Northamptonshire who were jailed by the courts during September.

Calum Farquhar, Rakeem Leandre and Jordan Parker were all found guilty of murdering Christopher Allbury-Burridge at his Northampton home while a fourth man from London, Joel Cyrus, was convicted of manslaughter following a six-week trial. All four were convicted of conspiracy to rob the victim of the cannabis plants he was growing last December. They are due to be sentenced on November 29.

Steven Grosvenor’s attempt to hide devices containing 251 indecent images of children from police when they raided his Little Billing home was foiled by an alert police dog sniffing out the gadgets. The 39,year-old of Manorfield Close was jailed for two years, four months after pleading guilty.

Sean Shortland was found guilty of attempted murder after randomly grabbing a woman around the throat as she walked home from a Northampton supermarket. The 22-year-old has been remanded in custody until a sentencing hearing next month.

Drew Lincoln, of Henshaw Road, Wellingborough, admitted raping a schoolgirl in 2018, when he was aged 17. Now 21, he was jailed for two years after pleading guilty at Northampton Crown Court.

A list of events across Northamptonshire to sink your fangs into! Northampton Chronicle and Echo …

The mystery identity of a crafty knitter who gives makeovers to Royal Mail postboxes in Daventry has been solved. Northampton Chronicle and Echo …