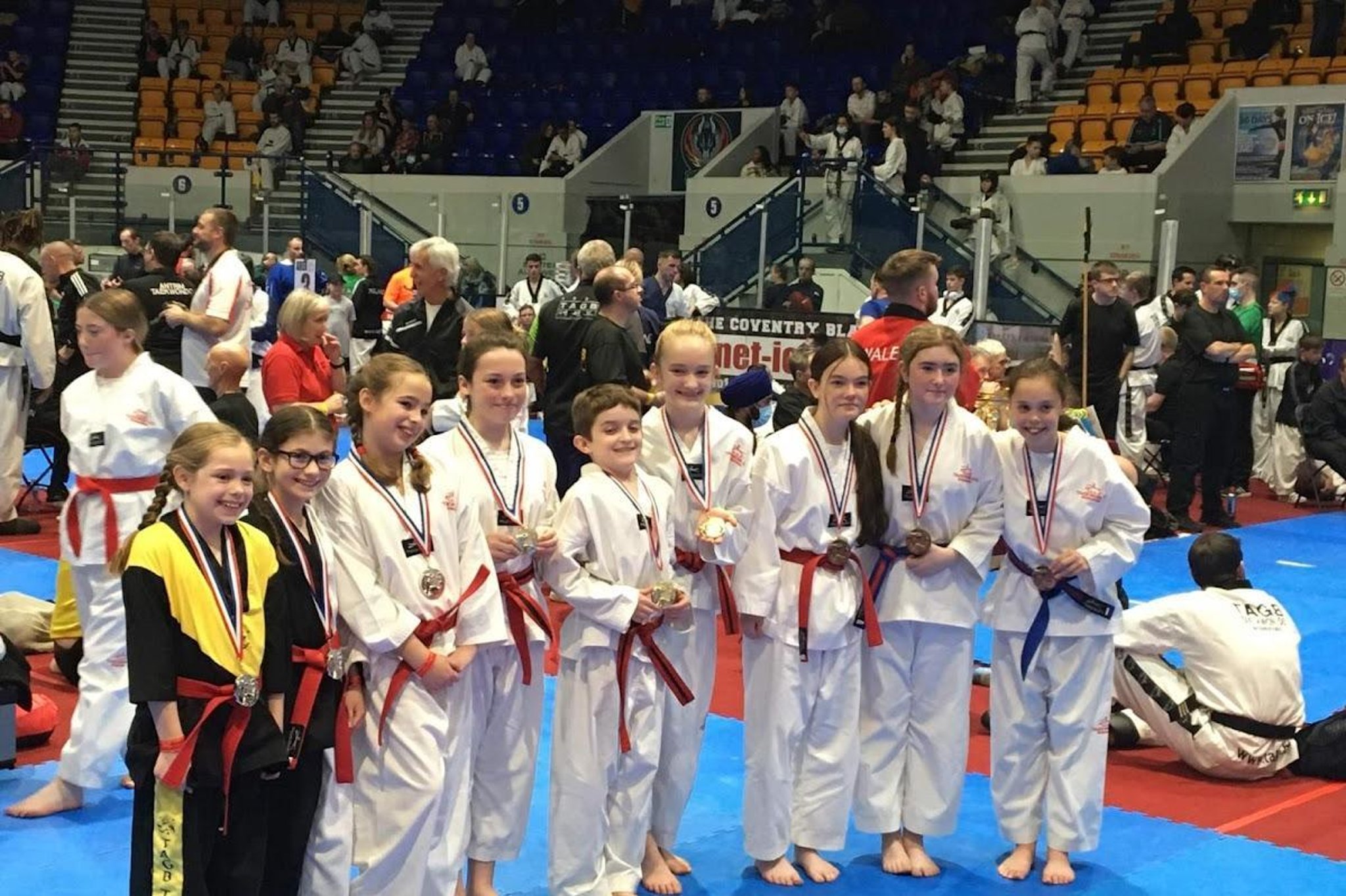 More than 50 students joined competitors at the Skydome Arena in Coventry for the first major TAGB taekwondo championships in two years.

Instructor Mark Robson, of Daventry Tigers, said: “This was the biggest medal haul ever by local students in a national tournament, which attracted more than 1,200 competitors.”

Alara Yildirim showed why she was selected to represent England recently by winning gold in Individual patterns and gold in the Individual sparring, and then added two silvers to her medal haul in team patterns and team sparring.

Gina Burgess of Woodford Halse reprised her double gold from three years ago, taking gold in the ladies red belt Individual patterns division and gold in the team patterns with Charlotte Easom and Daryl Dunkley.

Seren Whyte shows off her skills.

Alara shows off her haul.

Daventry in History group is a treasure trove of information, history – and wonderful people

Euro 2020: Here is a list of the best pubs in Northampton which are showing England on TV this summer