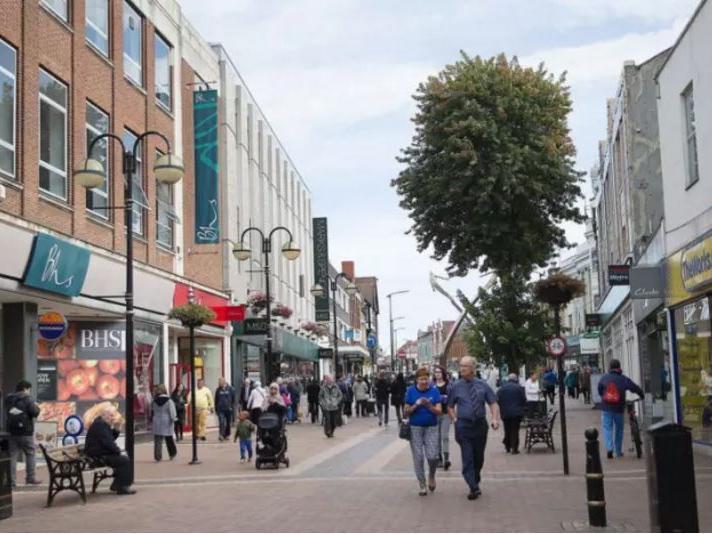 The council is consulting on what its policy towards planning applications until 2029 should be.

The borough council has demonstrated it would be happy to see Northampton’s long-vacant town centre stores be redeveloped than let them stand empty and waiting for new high-street brands to step in.

This week, the council published its consultation for its ‘Local Plan Part Two,’ where it sets out how it hopes to handle planning applications until 2029.

It would shape the council’s response to future planning projects with a goal of building 18,870 new homes and contributing towards 28,500 new jobs.

A masterplan conference last month debuted how it the Marks & Spencers unit could be used to make a mixed-use apartment block.

And among the policies up for discussion is a proposal to tackle the problem of filling the town centre’s longest-standing empty stores and largest units.

Policy 19 – ‘New retail developments and retail impact assessment’ – includes a strategy to support any plans to find a change-of-use for high street units that have been empty for longer than a year with “no realistic prospects of the unit being occupied for its previous use”.

It’s a statement that planning officers would be happy to hear new ideas for the town’s empty stores rather than hold out on new brands opening them up again as shops.

It would be relevant to Abington Street’s former Marks & Spencer’s unit, which was highlighted last month in Northampton Forward’s ‘Master Plan’ as a potential space for a town-house apartment building.

After two years, the former BHS is currently a factory-outlet store.

After the Card Market on Abington Street shut in late 2019, the council accepted a change-of-use application to reclassify the store from a shop to a restaurant in a bid to attract investors, as it was unlikely another retail store would move in.

Meanwhile, some stores on Abington Street – such as the former Melody clothes store or the Gallones Ice Cream parlour – have been vacant since 2016.

The Local Plan reads: “Evidence suggests that the high street is no longer solely driven by retail offerings.

“Retail provision remains one of the dominant themes of discussion in the last few years, as town centres continue to experience higher rates of vacancies, national retailers have been closing down stores or going out of business and customer have shown increased propensity to shop online.”

The plan also extends the policy to other shopping hubs across the town, such as Weston Favell, Kingsthorpe and St James End.