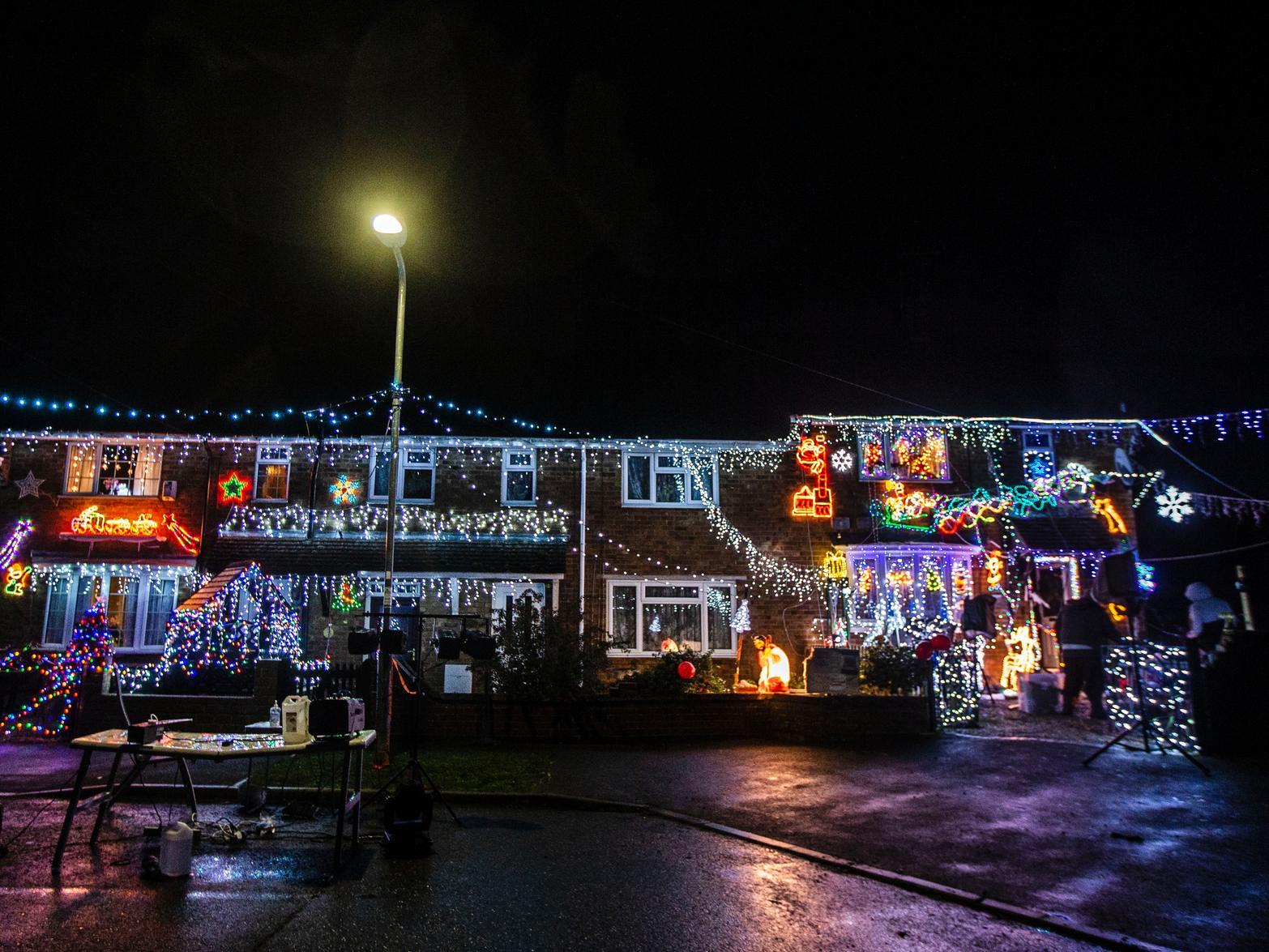 A man who ‘goes to town’ with his Christmas display has lit up a cul-de-sac in a Northamptonshire village for the fifteenth year.

Ashley Matthews has decorated the front of his nan’s house in Springfield Road, Walgrave, between Hannington and Old, with more than 100 lights to raise money for charities close to his family.

Since the display began back in 2005, Ashley says it has got ‘bigger and better’ and this year four houses are already involved, with more still to put their lights up.

The 26-year-old said: “I love doing the Christmas lights.

“People don’t realise the effort that goes into it. I have to start in September.

“I really go to town with it.

“Everyone who has seen it so far this year has said it’s brilliant and that I should be proud.

“And it’s great as people can come and park at the bottom of the cul-de-sac and see how pretty it is.”

The lights this year are raising money, Cynthia Spencer Hospice, where a family member of Ashley’s had previously stayed, the Talbot Butler oncology ward at Northampton General Hospital, where a friend died last year and the British Heart Foundation, as Ashley’s nan has heart problems.

Last year the display raised £350, which Ashley hopes to beat this year as he is already up to £250.

If buckets are not outside the house and he is not around, Ashley is asking donations to be placed in an envelope and posted through the letterbox.

The display has been part of Christmas tradition for Ashley since 2005. Photo: Kirsty Edmonds.

The house is covered by more than 100 lights. Photo: Kirsty Edmonds.