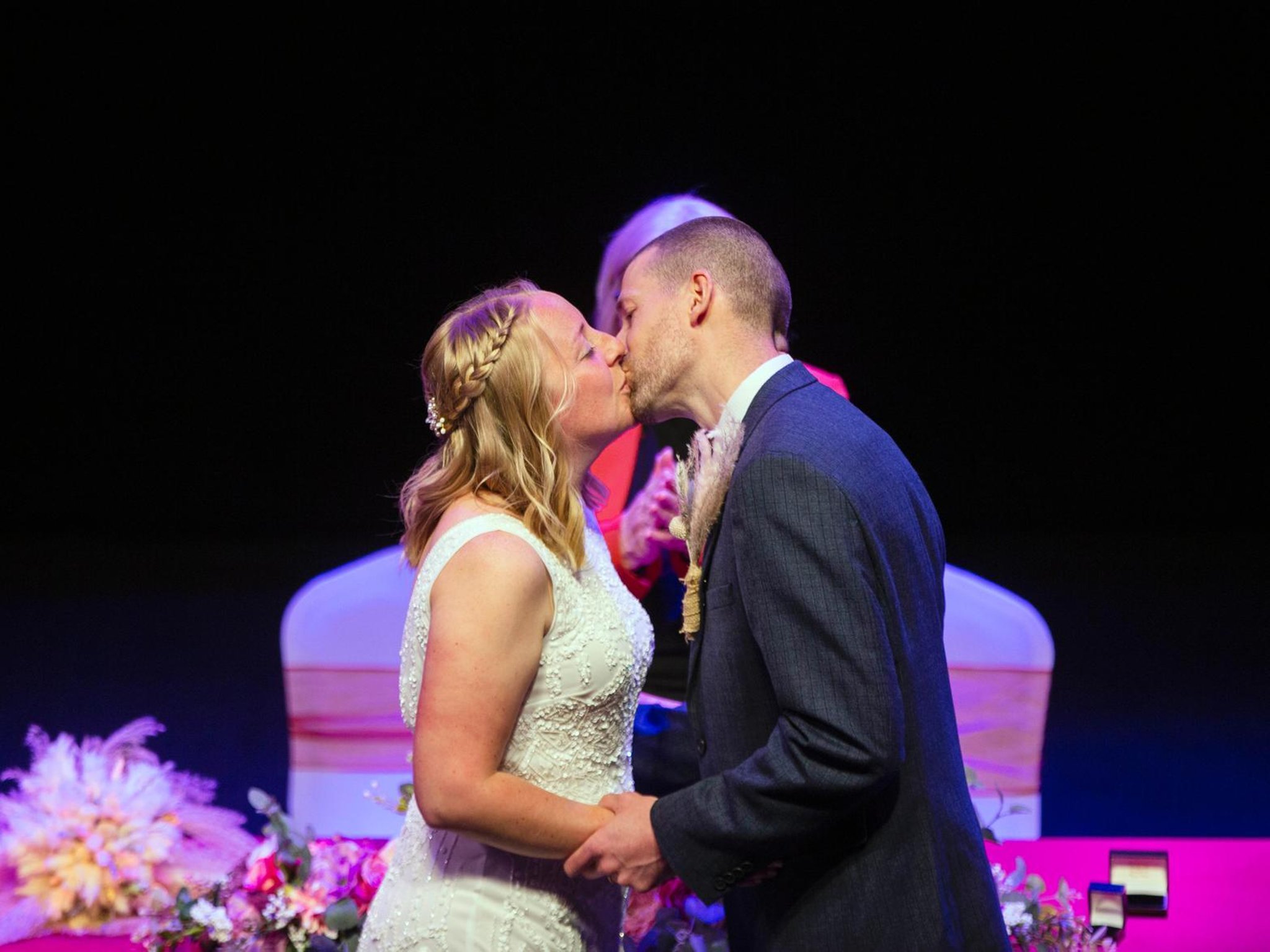 As lockdown eased on Monday (May 17), a historic first took place at a Northampton theatre – a wedding.

Nick and Steph Irons – 35 and 33 respectively – have been together for 15 years and had planned to get married in April, but the ceremony had to be rearranged.

The couple, who graciously welcomed Chronicle & Echo into their big day, took the chance to tie the knot on the earliest possible date, on stage, with their closest relatives in the auditorium.

The new Mr and Mrs Irons, from Newlands, Daventry, made the life-long commitment to each other in a beautiful and intimate ceremony with 14 guests – including their three sons – watching on and music playing on the surround sound.

“It’s been postponed a couple of times, so it has been great to get the wedding on,” the happy couple said.

“It’s brilliant especially to be a part of history and it was just great to be up there on the stage.

“It really has been a magical day. With Covid, it has just been nice to have the family with us and that’s all we wanted – close family and to keep it small.”

The reception was also held at The Deco where the bar was open and individual afternoon teas were served.

Bosses at the theatre say they have a few other weddings booked later in the year and are hoping to make the venue an accessible place for couples to get married.

Below is a collection of photos taken on Nick and Steph’s big day at The Deco.

The foyer was also decorated accordingly for the wedding. Photo: Kirsty Edmonds.

The registrar was set up on stage to conduct the nuptials. Photo: Kirsty Edmonds.

Family of the bride and groom got front row seats as the couple said their vows. Photo: Kirsty Edmonds.