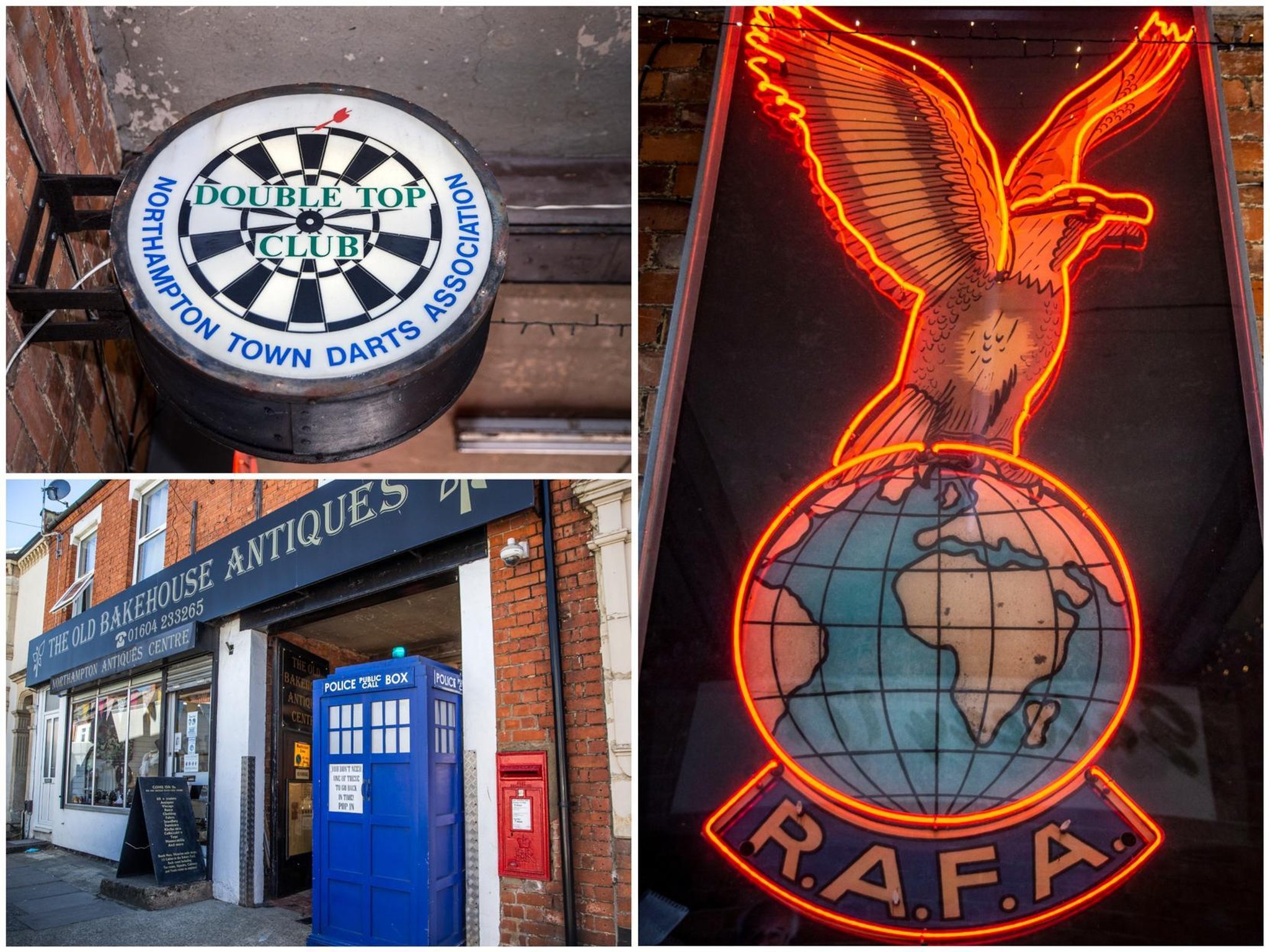 Towns change. As businesses come and go, what were once thought of as landmarks in Northampton will disappear.

Everyone will know a shop or a pub they used to cherish that one day closed and had to watch its sign come down, never to be seen again.

But in one Northampton shop, some of these treasures can still be found.

“I don’t want to see them put in a museum yet,” said Steve Culverhouse, standing next to the neon masthead of the Somerset Street’s former R.A.F.A club.

“I want them to be somewhere where people can see them. They will always be here.”

Steve has made it his mission to preserve the town’s forgotten history at the Old Bakehouse Antique Centre on Abington Avenue – where they are most certainly not for sale.

Who else would think to save the sign from the Double Top darts club as it came down on Overstone Road? Or the cigarette machine from the Cheyne Walk Club, or the emblem of the Victoria Inn from Poole Street?

Pictured below is just a selection of some of the former landmarks of Northampton’s high street.

Steve said: “People say I must be pleased to own these – but I don’t own them. They’re not owned by me, they’re owned by everyone.

“I will find a home for them when I pack it in. But now I just want people to see them.”

The Old Bakehouse Antique Store has preserved pieces of Northampton’s ‘high street history’ – made up of all signs from businesses you thought were gone for good.

The neon masthead from the former R.A.F.A club on Somerset Street, which shut in 2015. Steve said: “People have offered £2,500 but I would never sell it.”

The R.A.F.A club’s official opening plaque from 1967. Steve said: “People who recognise the sign are blown away when they see it. I think it makes them nostalgic for that community spirit that we’ve lost today.”

The sign for the former Double Top Club from Overstone Road. Steve said: “It’s just associated with happy memories. I think everyone had a 40th or 50th birthday there once upon a time. It’s history.”