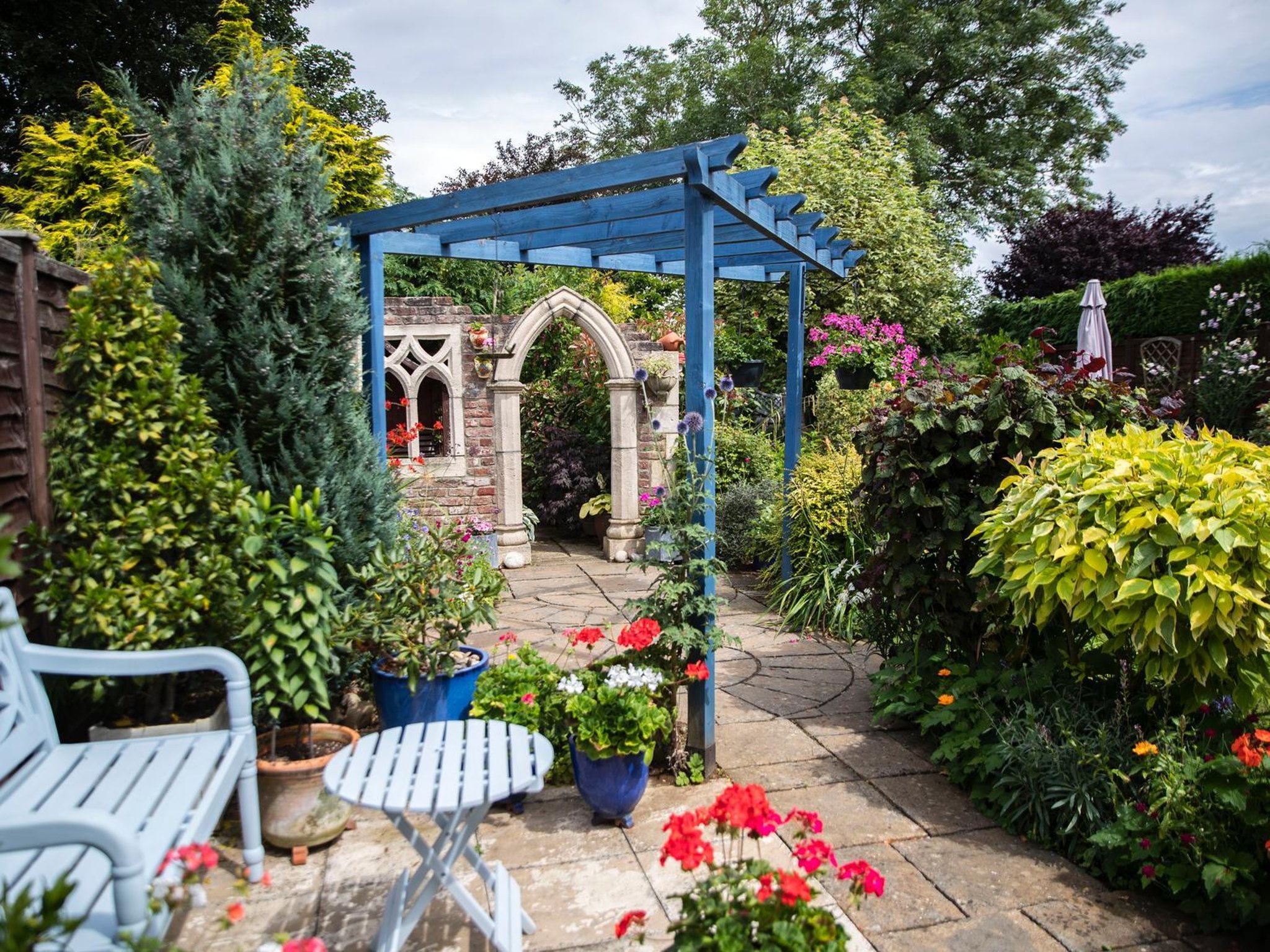 The second year of a new gardening competition on a Northampton estate has concluded and the winners have been crowned.

The 76-year-old wanted to do something positive in his wife’s name because ‘she deserved to be remembered for something good’.

Beryl was a keen gardener and loved to grow sweet peas, so Richard decided a gardening competition around the Obelisk estate where he lives would be the best idea.

So Richard did the same again for the 2021 competition and was even able to circulate hundreds of leaflets beforehand to drum up entries.

He also secured a £50 voucher for the Sunnyside pub as a prize for the winner of the back garden competition.

Below are photos of all the winning gardens and the winners receiving their trophies and certificates.

Seata Clarke thought she’d won the lottery when Richard told her she had won top spot for her front garden.
She said: “It’s my husband’s garden, he used to do all the work and would joke about the cup of tea I hadn’t made him while I was inside relaxing. “When he died I knew I had to keep it up for him as it was one of his favourite things to do.”
Photo: Kirsty Edmonds.

Seata continued: “It’s great to win the award.
“I didn’t think it would happen to me as I don’t know what I’m doing.”
Photo: Kirsty Edmonds.

Teresa and Michael Hodges (left and middle) picked up the runner-up prize for the front garden category and were presented with a certificate by Richard Dron (right).
Teresa said: “I’m really pleased.
“Gardening is everything to me, I do it all the time and I’m often out here until 10pm.
“It’s my favourite hobby.”
Photo: Kirsty Edmonds.

Teresa added: “Every time I come home from shopping, I’ve got a boot full of flowers.
“I love buying flowers and Michael always says to me ‘not more flowers’.”
Photo: Kirtsy Edmonds.

Disco Henry’s 29 pictures from a Northampton night out in 2009 – spot anyone you know?

Have a look at this idyllic, £1.15m Upton Country Park farmhouse with an old mill dating back to 1086