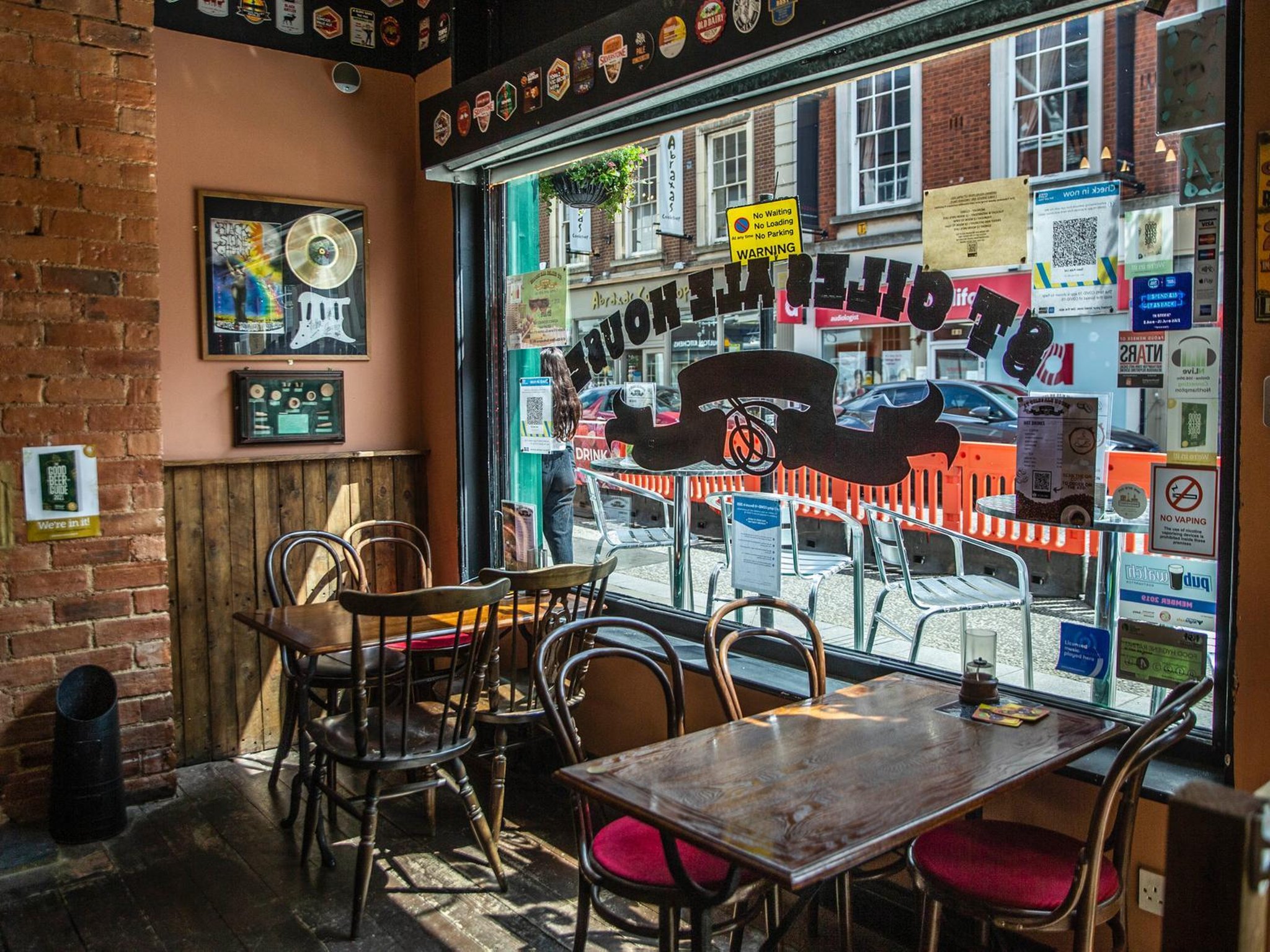 A popular independent Northampton pub has undergone a refurbishment including the addition of TVs and speakers for specific uses.

St Giles Ale House in St Giles Street launched almost five years ago and has very much been known as a traditional real ale pub, where the art of conversation is encouraged rather than TVs or music.

However, due to lengthy pandemic closures, the owners have now refurbished the venue to appeal to new punters and ‘bring the pub into the 21st century’, but keep the same ethos intact.

Terry Steers, co-owner, said: “With the last round of grants we have managed to re-do the garden and re-deck it.

“We have also painted the front of the pub and completed some finishing off bits that we needed to do.

“And now we finally have a proper hanging pub sign outside.

“It has never felt like a proper pub until now.”

As well as the refurbishments, Terry and co-owner Mick Willis, have added a speaker in the garden for ‘quiet background music’ and ‘a bit of atmosphere’, and they intend to do the same indoors.

A TV has also been put up indoors to show what beer is on tap each day, and an outdoors TV will be put up soon to show rugby – mainly Northampton Saints matches and this year’s Lions tour.

Terry added: “Our ethos has always been not to have a TV or any music, but to bring back the art of conversation.

“But that gives the pub a ‘stuffy old man’s pub’ vibe.

“I don’t want people to think we have completely changed tact.

“We still have the real ale family and I still refuse to show football but as we are a pub we have to evolve and move on with the times, especially after the last year.

“We’re still the same, we’re just bringing the pub into the 21st century.”

After reopening in April as garden only, Terry says the response was ‘phenomenal’ and that he’d ‘never seen the pub so busy’.

Since reopening indoors in May, Terry also says they have seen a ‘much younger and much more diverse crowd’, which he says is ‘great to see’.

Below is a collection of photos of the newly revamped pub, with the new, all-important sign.

The response when the garden reopened was ‘phenomenal’, according to Terry. Photo: Kirsty Edmonds.

The garden has been completely re-decked. Photo: Kirsty Edmonds.

Terry says the pub now feels like a ‘real pub’ as it has a hanging sign. Photo: Kirsty Edmonds.

The front of the pub has also been re-painted. Photo: Kirsty Edmonds.

Northamptonshire in pictures this week – sent in by our readers

Have a look at this idyllic, £1.15m Upton Country Park farmhouse with an old mill dating back to 1086