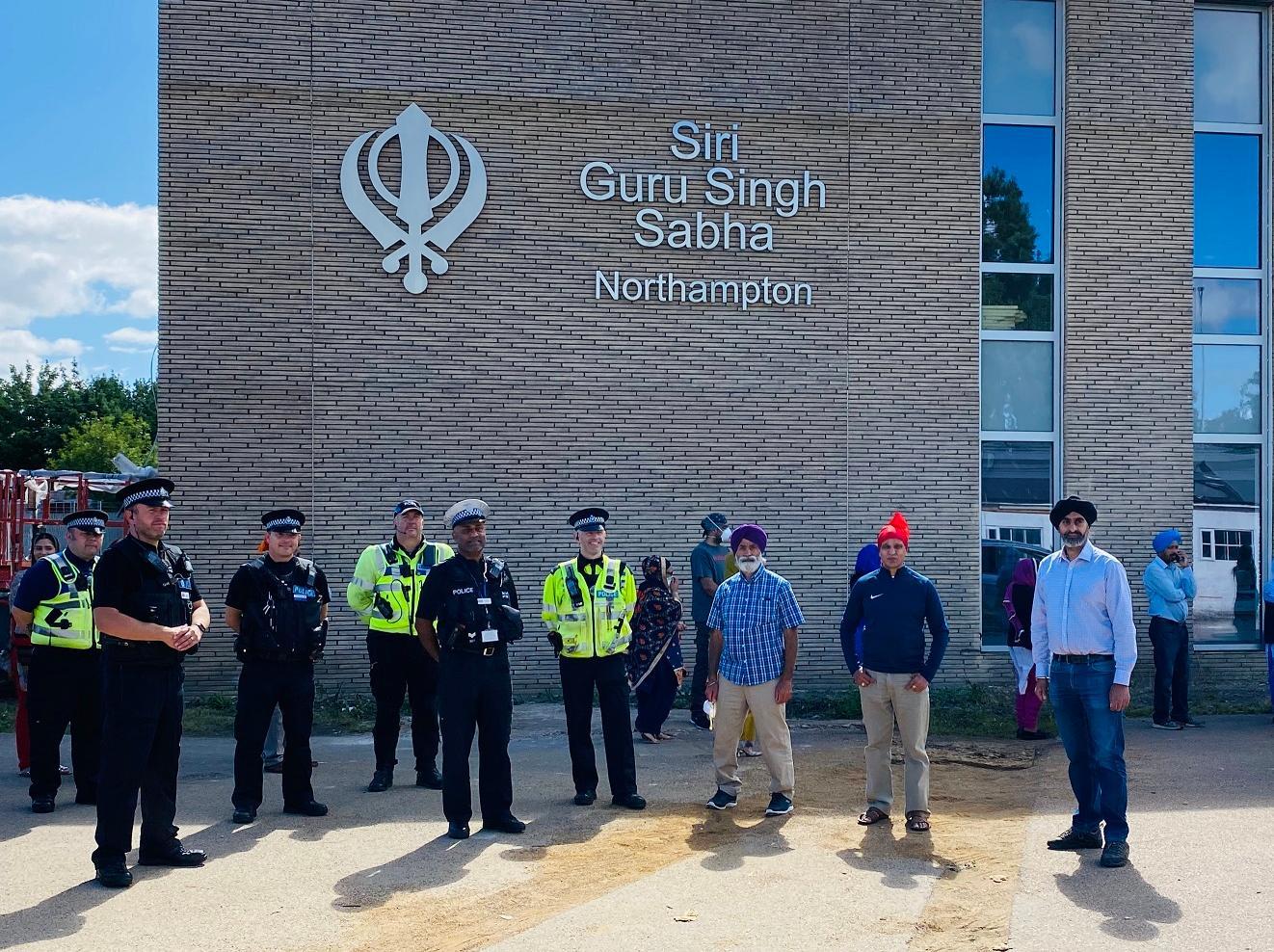 Religious congregations around Northampton were able to pray together again after the coronavirus lockdown following the reopening of places of worship.

Live services were able to resume from Saturday (July 4) with churches, gurdwaras, mosques and more across the country welcoming people back over the weekend.

Father Mark Floody said it was ‘wonderful’ to lead mass at Northampton Cathedral on Saturday evening and three services yesterday (Sunday) in person rather than over Zoom.

“Obviously we had to stick to the guidelines passed down by the government and our national body but it worked really well,” he said.

“It was wonderful to celebrate mass with people once again and it was incredibly uplifting.”

Like everyone else, places of worship were closed in March because of the Covid-19 pandemic with many religious leaders turning to video conferences to conduct their services.

Fr Mark said it has been hard for Catholics not to be able to receive communion in the church on Kingsthorpe Road so its return was a joyous occasion.

The vicar estimated around 50-60 people came to each service, which compared to the usual numbers of around 1,000 per weekend, is much lower than normal.

Everyone was well spread out with households allowed to sit together, as well as hand sanitisers at the door, but there was no singing.

“People are still cautious, understandably so, so the church has lifted the obligation to come to mass as some people aren’t in a position to,” he said.

“But for those who felt comfortable numbers were manageable and appreciated that they were able to come and we were very blessed.”

Fr Mark said the atmosphere was one of celebration at being able to return to church but also solemnity at the tragedies of the past few months.

“People know we’re in a difficult situation and time but we’re all adapting and making the changes we need to,” he said.

“But yesterday was the first step and it was wonderful and very people were respectful of each other.”

The weekend was not quite the same for every place of worship though.

The Sikh community spent yesterday marking the moving of the holy scriptures from the old gurdwara in St George’s Street to the new one in St James Mill Road.

A parade of around 50 cars followed the Guru Granth Sahib to its new home but only around 20 people were allowed inside at one time to pray.

Numbers will be limited until the new gurdwara is completed in August but trustee Amarjit Singh Atwal said the community is thankful to have something back after the lockdown.

“Because people haven’t been able to pay their respects for so long, the community wanted to get back in so this is a short term work around until we officially open,” he said.

Meanwhile Northampton Hebrew Congregation remains in lockdown as it did not believe enough members would want to come to the Shabbot.

John Josephs, the president of the Overstone Road synagogue, said the aging demographic among the congregation means many are shielding so it will be a while before they are back together.

“I think it’s unlikely we will be opening in the next couple of months. The High Holy Days are in the autumn so it we want to do that but we’re not sure,” he said.