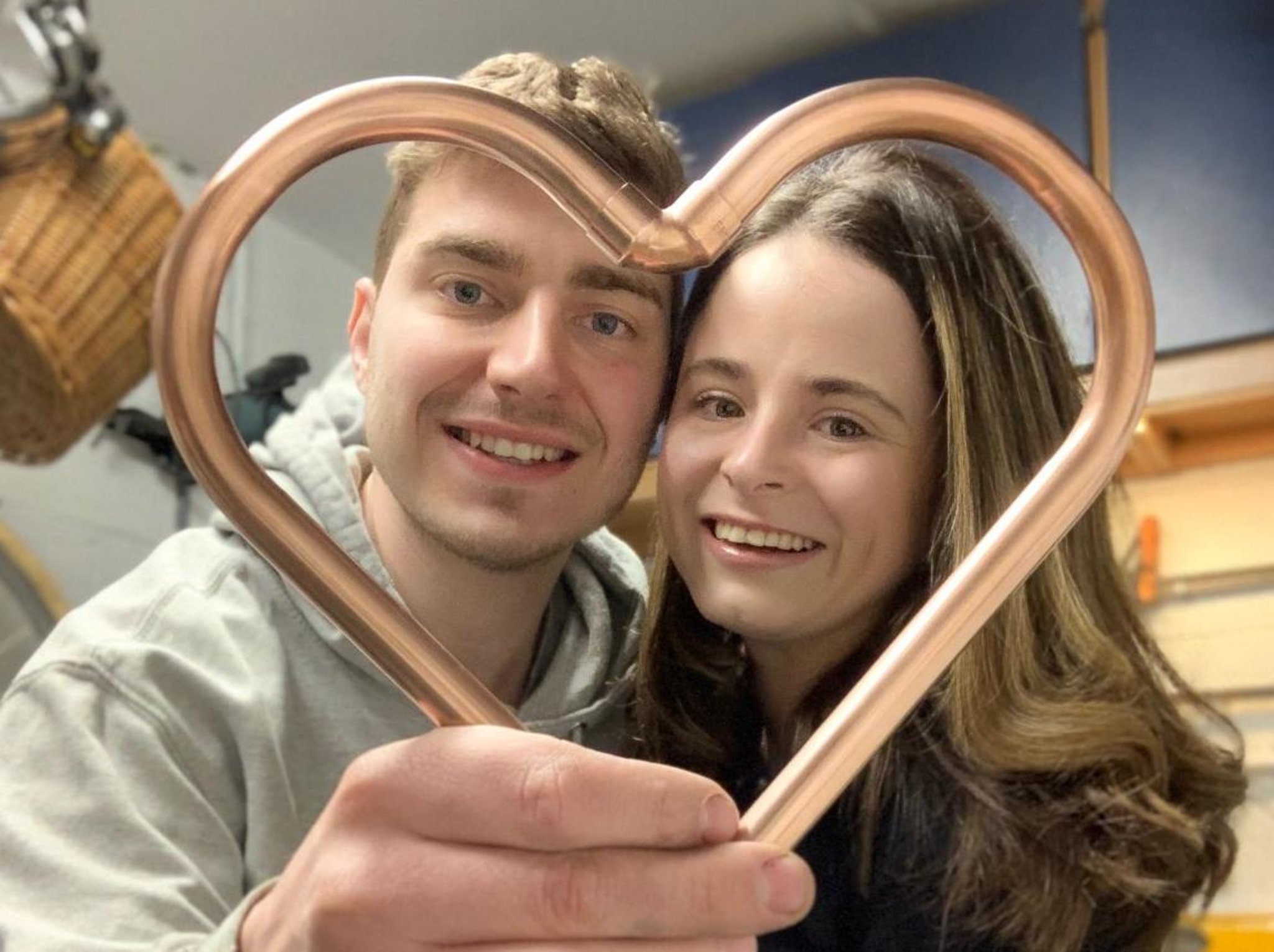 Aimee Coote and Edward Ashcroft made their first copper heart at the start of the first lockdown just to try it out. Now, their customers can’t get enough.

“It’s been really surprising how popular the loo-roll holders have been. You would have thought, ‘how often do people need one of those?'”

Now, their homegrown business – Country Copper Studio – has gone from an idea on Edward’s workbench to a smash hit with home designers, with more than 360 sales in a year.

By crafting copper pipes together at his workbench, Edward is able to to create designs and fixtures homeowners can’t find anywhere else. Then it’s up to Aimee to clean them up, share them online and get them delivered.

And over the past 12 months, their ideas have developed from loveheart stakes for the garden to copper loo roll holders, plant pot frames, towel rails and phone stands, and even to custom jobs for clients.

Edward said: “I was a bit skeptical at first but Aimee encouraged me to give it a go. But now I can see she definitely had the right idea all along.

“As the year went on we both tried new ideas and wanted not to just do normal things. It’s about trying to find that mix of original ideas and what people might enjoy.”

The Kettering couple built the store up alongside their full-time jobs. With Edward employed as a plumber and Aimee as a professional nanny, they both had to keep working through the lockdown.

But despite the challenge, the two have shipped their designs across the world in the past year, including New Zealand, Germany, Greece and Australia.

Aimee said: “It’s crazy because with every order I still remember how I felt when we made out first sale. I was jumping up and down on the spot with excitement.

“It was just an idea we wanted to try and I never expected we would be selling on Etsy, and now look at us. There’s always success to find if you can put in the time together.”

Edward Ashcroft and Aimee Coote grew the home design business out of their garage.