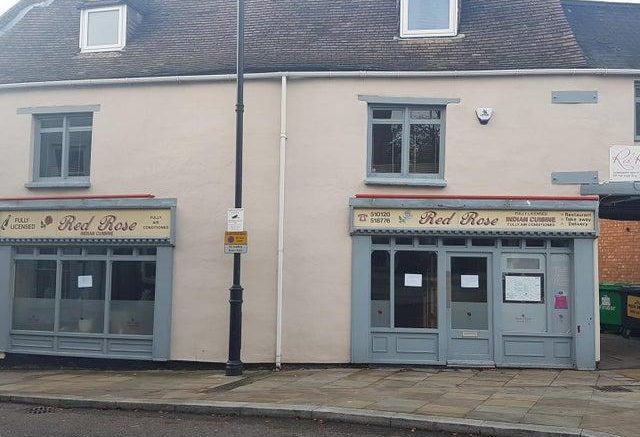 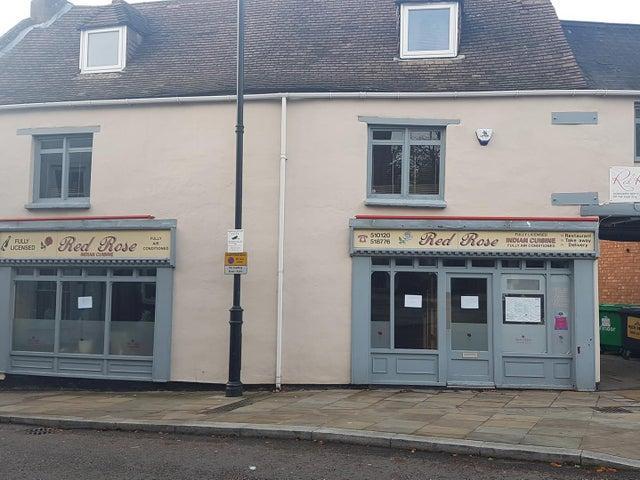 The Red Rose in George Street.

A Kettering curry house which employed five illegal workers has lost its alcohol licence – after its owner claimed some were actually homeless people he was helping.

The Bangladeshi men were detained during an immigration raid at the Red Rose in George Street on October 31, and there may have been a sixth as another man escaped after saying he would “get the key” having given a possible fake identity.

The restaurant told the immigration service they weren’t all working but their explanation wasn’t accepted and the curry house was slapped with a £50,000 civil penalty notice.

The Home Office then called for Kettering Council to hold a review of their licence and after a 45-minute meeting last month councillors unanimously agreed it should be revoked.

Chief immigration officer Jack Davies said staff were being paid cash in hand with no contracts and one was being paid just £50 to £60 per week plus accommodation.

He said: “Some might say that’s very clearly all the indicators of modern day slavery.”

Cllr Lloyd Bunday asked Red Rose owner Manwar Rashid: “If they weren’t there to work, why were they there?”

In response, Mr Rashid said: “They were not all working. A few of the persons were just given accommodation because they were homeless and I have stated that with the Home Office. They were given food and living accommodation to stay there. But the accommodation is part of the job.”

The popular curry house, which has been in Kettering since 1991, temporarily closed after the raid before re-opening the following month.

Mr Rashid admitted not checking whether employees had the right to work in the UK adding that he was “very sorry”, that new measures were in place to make sure they did not make the same mistakes and that it had been a “wake-up call”.

Frank Fender, Mr Rashid’s legal representative, said the loss of a premises licence would have a damaging effect not only on the business but on Mr Rashid’s family.

He proposed to modify the licence rather than revoke it with conditions to ensure it followed the rules.

He said: “For all of those 30 years there’s never been a cause for concern for any of the authorities.

But Cllr Bunday said: “I just wonder whether we are in a situation where we are shutting the door after the horse has bolted. The changes that you’re now saying that you’ve made you’re making purely and simply because you’ve been caught.”

Outlining their unanimous decision to revoke the premises licence in a written notice, the licensing committee said: “The management of the premises fell below the high standards expected of it as a licenced premises and Mr Rashid in employing five, possibly six, illegal workers at the premises had demonstrated a total disregard for the promotion of the licensing objectives.

“His actions were wholly irresponsible, unacceptable and clearly undermined the licensing objective of crime and disorder.”

The decision could yet be appealed in the magistrates’ court.