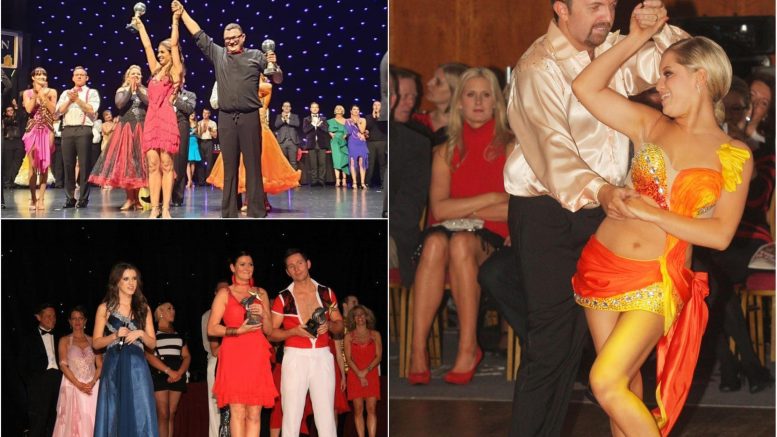 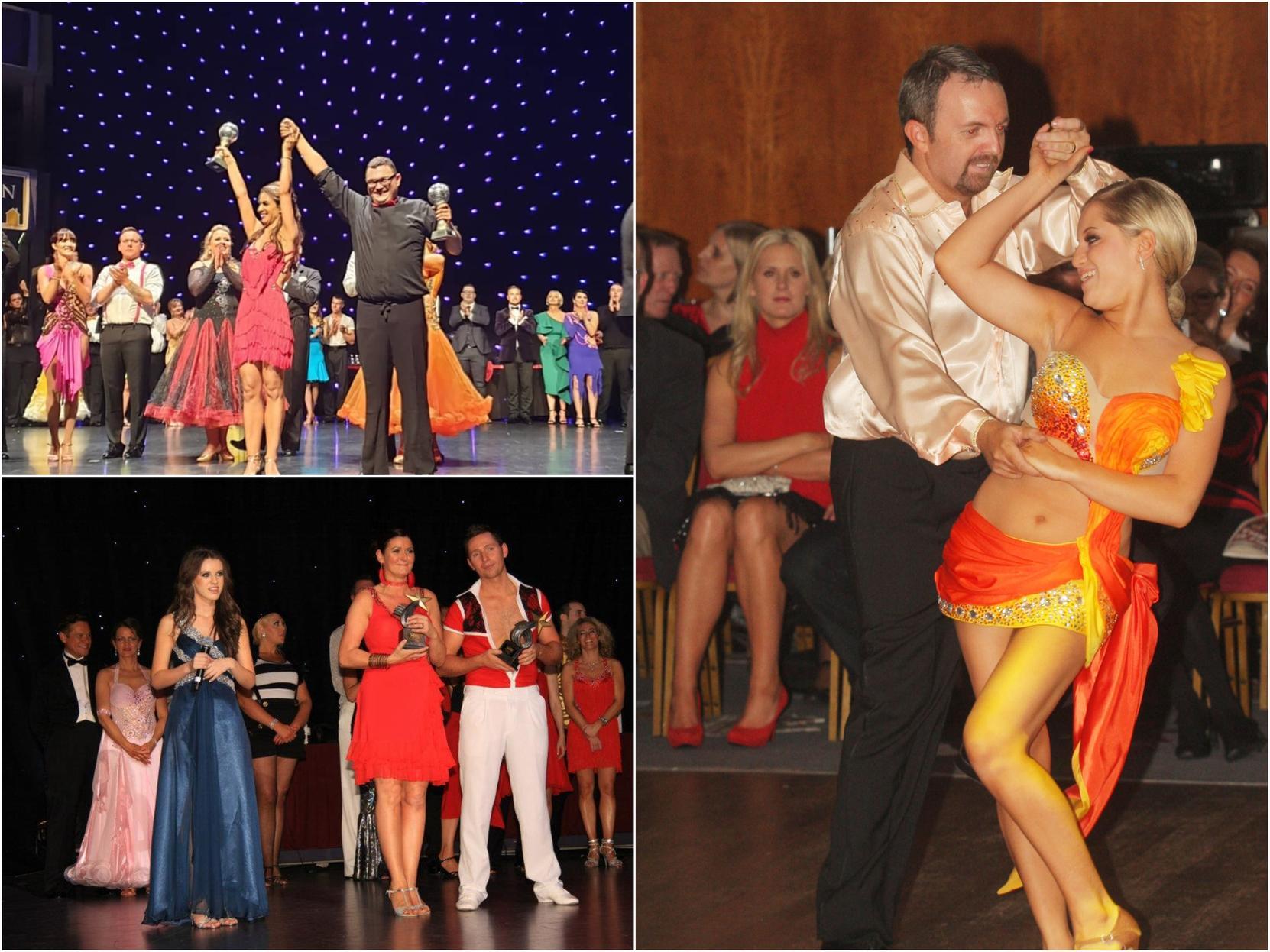 While the entertainment industry is paused, the planned participants of a popular local dance competition are poised in the wings.

Postponement was not how Strictly Northampton wanted to celebrate its tenth anniversary, so previous winners have been reminiscing instead.

Over the years the competition organised by Step by Step Dance Studio and inspired by BBC One show, Strictly Come Dancing, has brought together many different people from across Northamptonshire and raised more than £500,000 for Cynthia Spencer Hospice and Cancer Research UK.

Some of the contestants and winners over the years.

In the very first event, back in 2010, our very own David Summers, also known as the Chronicle & Echo editor, even took to the dance floor at the Holiday Inn by Radisson, to show that it is not just meeting deadlines and writing catchy headlines that he can do. (Any excuse for us to dig out the excellent photos of him in a silky, pink shirt ten years on).

After the inaugural competition, Strictly Northampton gained momentum and reached the bigger stage of the Royal & Derngate where it has been hosted ever since.

Dozens of local participants have all willingly donned dance shoes, doused themselves in fake tan and sequins and trained for eight weeks to perform the dances of their lives.

Many of them will have never danced a step before in their lives, yet under the watchful eye of the show directors Andrzej and Jo Mialkowski, they take their first fledging steps in the cha cha cha, jive and waltz.

Rob White swapped his cricket bat for dance shoes when he took part in the first show to be held at Northampton’s Royal and Derngate theatre.

Despite never having danced a step in his life before, Rob’s competitive nature drove him on and he trained hard for eight weeks as he was determined to perform well on stage.

Rob White as he was crowned the winner.

On the night of the show, Rob and his dance partner journalist Ruth Supple performed a Samba to Test Match Special theme tune, which went down a storm with the crowd.

Rob said: “Dancing on stage with your partner is a very different experience to playing cricket in front of a crowd.

“In a cricket game you can hide in the team a little bit whereas on stage the spotlight is just on you and your partner dancing in front of hundreds of people.”

Much to the delight of his mum, Rob lifted the glitterball trophy

John Daly and his partner claiming the trophy.

He added: “My mum was desperate for me to win so she probably voted a fair few times.”

The following year he took part in Strictly Northampton in a winners’ showdance exhibition and swapped his bat for a counter as he trained to be a cricket umpire.

“The win has left me with an unwarranted arrogance on the dance floor,” he continued

You would normally find professional boxing coach John Daly in the gym teaching championship boxers to throw a left hook or jab.

He spends five hours a day at Far Cotton Amateur Boxing Club where he trains boxers.

Lara was victorious two years ago.

John was asked to take part in Strictly Northampton in 2012 when the show was raising money for Cancer Research UK.

The 61-year-old said: “I thought I’d take part as at the time my brother had cancer and the show was raising money for Cancer Research UK.

“I wasn’t sure I could do it as my coaching schedule was so busy, and I’d never danced before in my life but I thought, don’t be selfish – it’s for cancer I am going to do it.”

He learnt to dance the cha cha cha, waltz and jive routines twice a week at the Step by Step dance studio in Henry Street – after a day’s training at the gym.

The discipline he normally instills into the boxers he trains, paid off and he went on to win the show in 2012.

After his triumphant win, he was straight back in the gym coaching boxers, some of whom travel all around the country to compete.

In August this year two of prodigies, the Fail twins, whom he has coached from the age of 12, turned professional with the powerful MTK organisation.

“I did my bit, I raised my money and I am back to what I love best – training championship boxers.”

The first Strictly baby was born hot on the heels of Lara Paxton’s triumphant win in 218.

It was a family affair right from the start.

The owner of Lara Boot Hairdressing, Northampton, persuaded her husband to take part in Strictly Northampton 2018 as well.

Lara said it was the best decision they made as a couple, even though they had separate dance partners, she used to love practising her dance steps with her husband at home.

The 43-year-old managed to waltz her way to victory with her dance partner, scoring perfect 10s for her jive under the watchful eye of celebrity judge Robin Windsor.

Soon after the show, she fell pregnant and in August 2018 baby Harper was born, which stopped her dancing for a while.

However, her eight-year-old son followed in her footsteps and took part in fundraising dance show, Dancing Schools UK.

The most recent winner of the show is children’s play centre worker and Zumba dance teacher Craig Dobson.

The 24-year-old said: “Although I teach Zumba and I am used to dancing in front of a crowd, I swear I was one of the more nervous contestants up on stage.

“From the moment I waltzed on stage to when I did my last dance the adrenaline coursed through me.

“When I was on stage I loved it, but my nerves built up waiting in the wings – I kept thinking just don’t go wrong.”

Fortunately for him and his partner, Tasha, things went according to plan including his 80’s themed group dance where he and his group dressed in tutus and leotards.

Craig added: “I couldn’t believe it when I won – my aim was to just to get to the final.”

Following the show, he continued dancing and was asked to attend a competition at the infamous Winter Gardens in Blackpool and managed to get through to the semi-final of an amateur beginner’s dance competition.

He also took part in Step by Step’s fundraising competition Barclays Goes Dancing in March just before the country went into lockdown.

“Even though I teach dance fitness for a living, I’d never exposed myself to ballroom and latin or had any dance lessons in my life.

“I used to watch Strictly Come Dancing on television – they make it look so effortless.

“You’d be surprised at how much work goes in behind the scenes, but it’s worth it.”