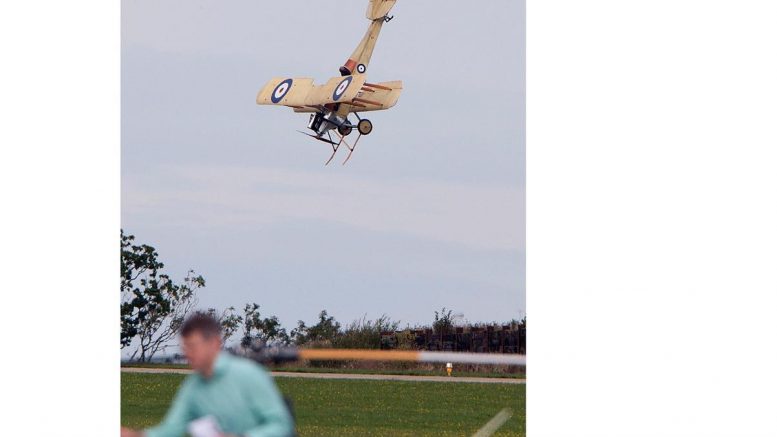 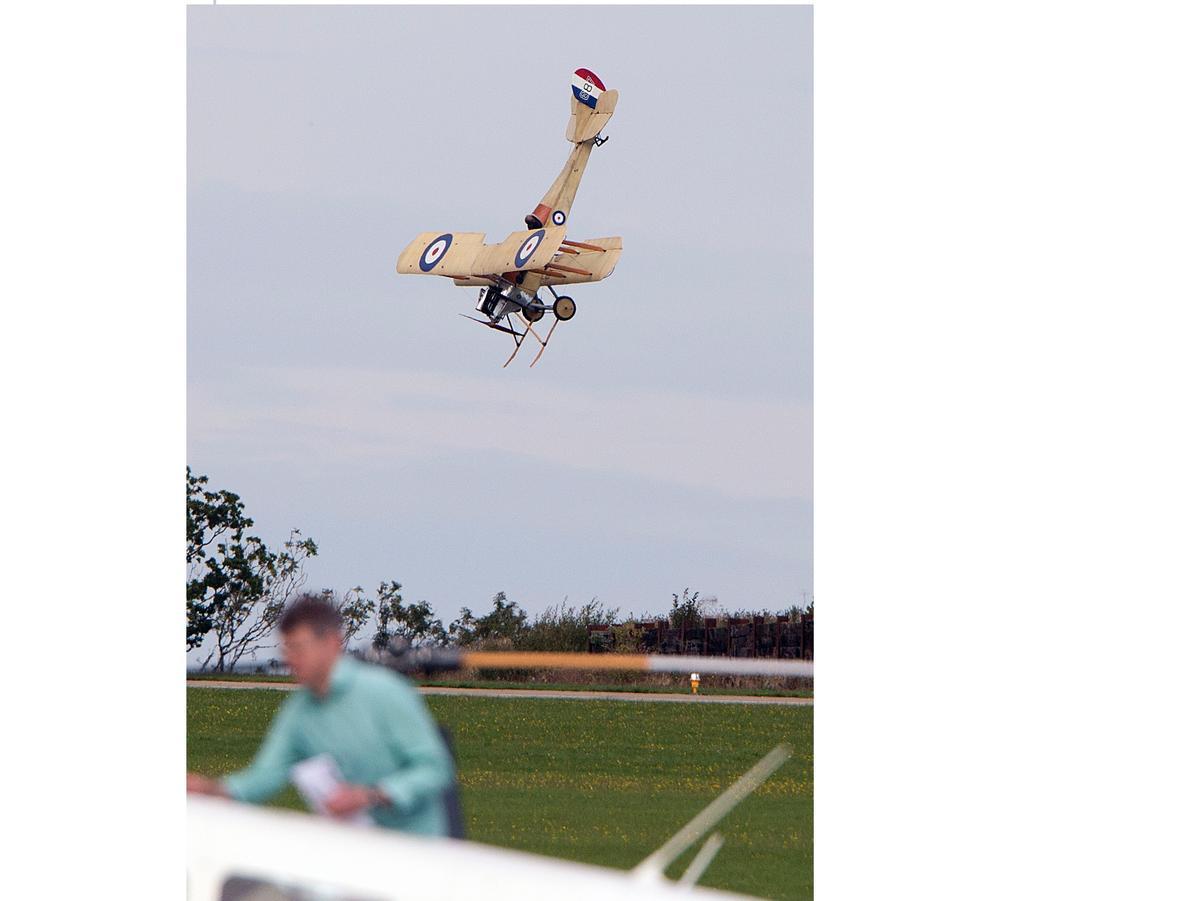 A member of an aircraft re-enactment display team has escaped with just cuts and bruises after a dramatic air crash at Sywell Aerodrome.

Matthew Boddington was piloting his Biggles Biplane BE2 replica alongside five other vintage planes, practising for a show taking place at Duxford later this month.

An eyewitness saw the replica of a 1914 BE-2c observation biplane spiral to the ground and disappear from view in a field.

Gordon Brander, leader of The Bremont Great War Display Team, told this newspaper that Mr Boddington was the pilot.

“Matthew’s OK. He’s been taken to hospital but there’s nothing life-threatening, nothing serious. He’s got a few bad cuts on his head,” he said.

“I was in the air at the same time and we were too busy flying so nobody saw him.”

Members of The Bremont Great War Display Team, Mr Brander and Mr Boddington are part of the group of highly experienced pilots who display replica World War One aircraft.

The aircraft spiralled out of control

Their displays promise safe, carefully choreographed, low level dog fight routines to replicate how aircraft were flown during the Great War over the trenches of Northern France and Belgium.

Mr Brander added: “The emergency services from Sywell went straight across and were there in a couple of minutes.

“The other emergency services were there very quickly. They were terrific.”

A spokesman for Sywell Aerodrome said: “The pilot is fine. He’s gone to Coventry. He’s had a nasty bang on the head and a couple of nasty cuts, one on his forehead and the other on his cheek.

“These little biplanes are pretty light so there’s not much weight when they go down.”

Mr Boddington and co-owner Steve Slater restored the Biggles Biplane, a replica of an observation biplane, in 2011, which had been based at Sywell Aerodrome.

The plane had been wrecked in a crash in the USA but was originally built by Mr Boddington’s father Sywell-based engineer Charles Boddington for a 1969 movie, Biggles Sweeps the Skies.

Mr Boddington gained his private pilot licence in 1986 and has flown Auster Aircraft, Tiger Moth and Chipmunks with the Barnstormers Flying circus.

The aircraft in the field

His Display Authorisation licence allows him to carry out Wing Walking and Limbo Flying.

A spokesman for the Air Accidents Investigation Branch said: “We have sent a team of inspectors to Sywell Aerodrome in Northamptonshire to investigate an accident involving a vintage aircraft.”

The air ambulance attended the scene