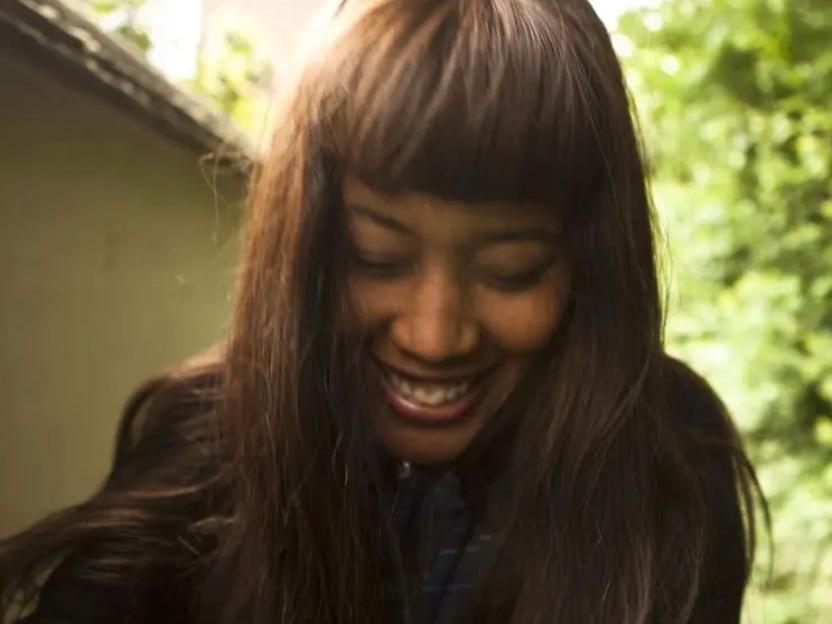 A musician from Northampton has launched a Kickstarter campaign in order to get her children’s book that features a dual heritage character published.

Vanessa Brown, also known as VV Brown, who grew up in Collingtree, turned her attention to children’s writing back in 2016 when she had just given birth to her first child.

The 36-year-old penned a picture booked aimed at children up to the age of seven after she discovered it was almost impossible to find a book that represented her daughter’s dual heritage.

Vanessa is a mum to two daughters.

After knock backs from publishers who said they ‘loved the book’, but the main character was ‘too niche’ to publish, Vanessa paused her dream.

However the Black Lives Matter movement that has sparked conversation recently has given Vanessa the confidence to try again.

The mum-of-two said: “It was astonishing when we were turned down by the publishers, especially when they very clearly loved the book.

“How could a child that was a different colour be niche? I shelved it and got on with my life.

The Lilly and the Magic Comb series features a dual heritage main character.

“But then about two months ago, with the Black Lives Matter movement and everyone talking about the subject, I felt empowered.

“Rather than go through publishers we thought we’d try and do it ourselves.”

Being in a dual heritage marriage and having two children with ethnic minority backgrounds, it is really important to Vanessa that her daughters can identify with characters in books.

So she has written Lilly and the Magic Comb, which has a dual heritage girl as the main character.

The book is the first in a series about a girl who has a comb that can take her anywhere her imagination can think of.

Vanessa added: “It will give children, whatever race they are, the confidence to believe that they can do anything and that it doesn’t matter what they look like.

“It’s absolutely vital that there are children’s books that represent diversity and that those books are in our libraries at home and in all schools.

“To change the narrative starts with education and that begins with teaching our children that there are different races and religions in the world and that is normal.”

By publishing Lilly and the Magic Comb, which sees Lilly go to space, Vanessa is hoping she can contribute to the change that is needed.

To cover printing costs and to pay the illustrator, Vanessa needed to raise £6,000, which she has already done after her campaign really took off.

“I was expecting to need to do the Kickstarter campaign more than once, but it has gone really well and we’ve even had some publishers get in touch and show some interest.

“But we’re going with the wind and being very open with what is next.”

Anyone who has donated to the Kickstarter page will receive a copy of the book once it is published in December.

Northampton drug dealer jailed after being caught with £5.7m worth of cocaine covered in Gucci branding