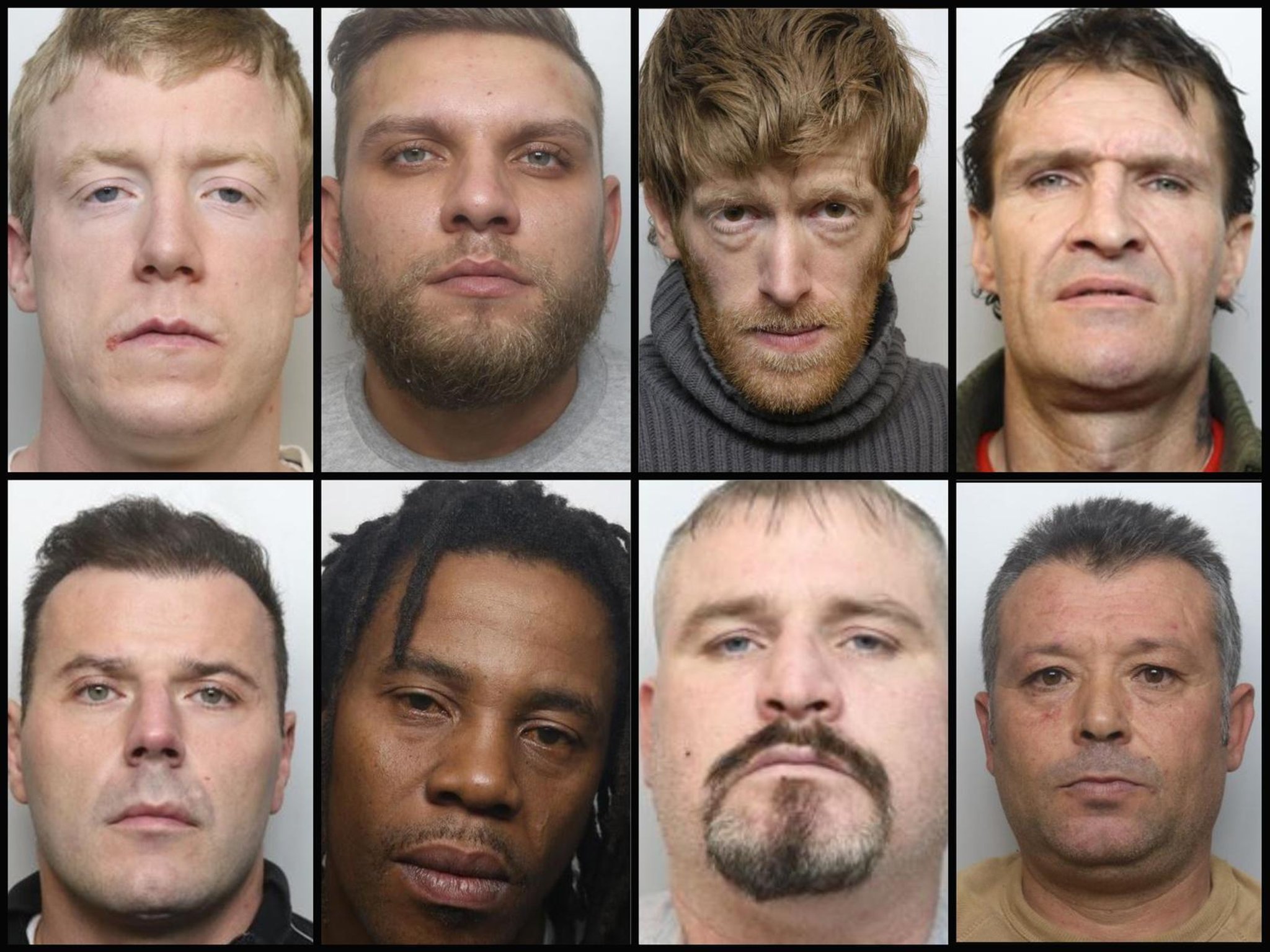 No Easter Eggs for this lot — just a few doses of prison food.

Faces of 18 killers, thugs, thieves and drug-dealers convicted during March for crimes across in Northamptonshire and now detained at her Majesty’s pleasure.

Their crimes ranged from attempted murder, assaulting a pregnant woman and conspiracry to rob a man in his 60s of £38,000 he had just withdrawn from a bank.

In one case, detectives found more than half-a-kilo of cocaine in a Northampton house following what started as a routine stop near the town centre

Cocaine dealer Ziso Berouka, 45, was jailed for five years after a routine traffic stop led police to uncovering drugs worth £40,000 plus £10,000 in cash at the 45-year-old’s house in Lower Hester Street, Northampton

Darlent Zirebwa, 30, of Kingsley, savagely beat his girlfriend in a drunken rage on New Year’s Day. He was found guilty after a three-week trial and sentenced to two years — but will likely be released in August after spending seven months in custody while awaiting trial

Carl Townsend (top right), 39, was jailed for seven years after admitting robbing a man in his 60s of £38,000 cash in Northampton town centre in 2017. Soraya Parsi (left), 26, of Grange Park and Terrence Brown (bottom right), 26, previously of Northampton, were found guilty of conspiracy and will be sentenced next month