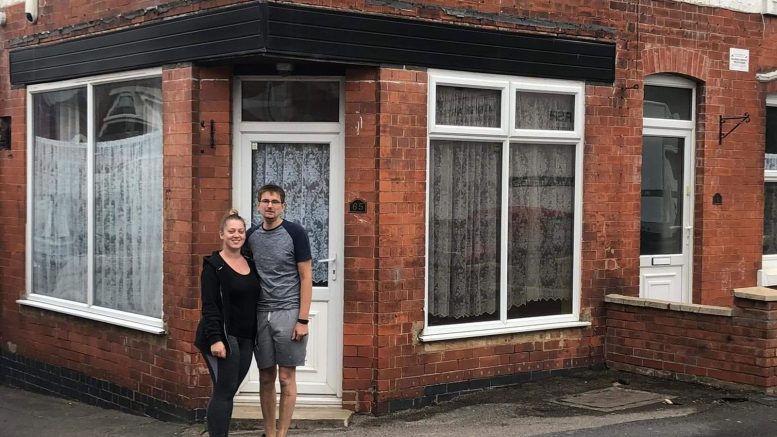 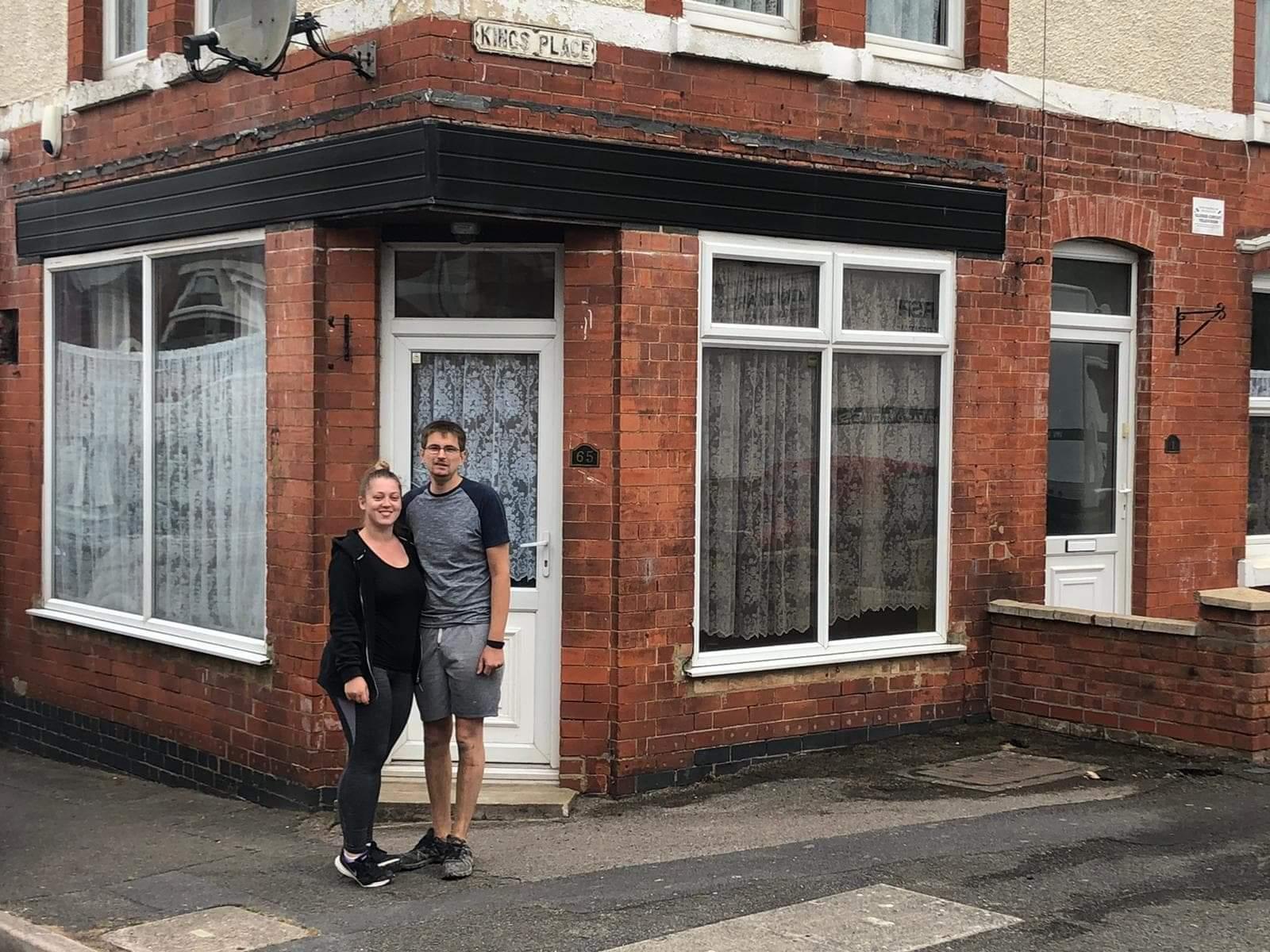 Chris and Chloe bought their property back in June.

Chris and Chloe Hawes came back on Monday morning to find their house had been totally transformed after a three-day secret revamp.

It comes as Chris, aged 28, was showing symptoms of a virus on Monday (24 August) before his condition deteriorated later in the week.

On Tuesday night he was rushed into hospital before returning home on Wednesday morning after having a ‘mini’ stroke (TIA).

The toilet and the living area have been made over.

Chris, who has tested negative for coronavirus, was sent home to rest after he had initially shown symptoms of losing sensation in his right arm and slurred speech.

The couple had already had a break away to Center Parks booked for the Bank Holiday weekend and decided to go so Chris could spend time recuperating from his illness.

While they were away, seven of Chris’ closest family members took to the couple’s home in Rushden to redo the living room, kitchen and downstairs toilet, which had been crying out for some TLC since they bought the property.

They painted, glossed, filled holes and bought new accessories to brighten up the home, which they started decorating at 2pm on Friday and finished at 11.30pm on Sunday.

The makeover was completed in less than two days by Chris’ mum and dad, auntie and uncle, nephew, sister and brother-in-law.

Chloe said: “It looked and felt very dull and run down.

“We knew it was a project when we bought it but obviously we didn’t know we were going to run into Chris’ health complications.

“It felt more of a break going away than it did staying at the house.”

The pair bought the property, which is part commercial, in June 2020 to renovate as a home as well as opening up a hair salon for hairdresser Chloe on the ground floor.

She added: “When we came home from Center Parcs on Monday I walked by the windows and I thought ‘I swear we had curtains and blinds in the kitchen’.

“It was a total shock, it was really nice and made our rubbish week feel a little bit better.”