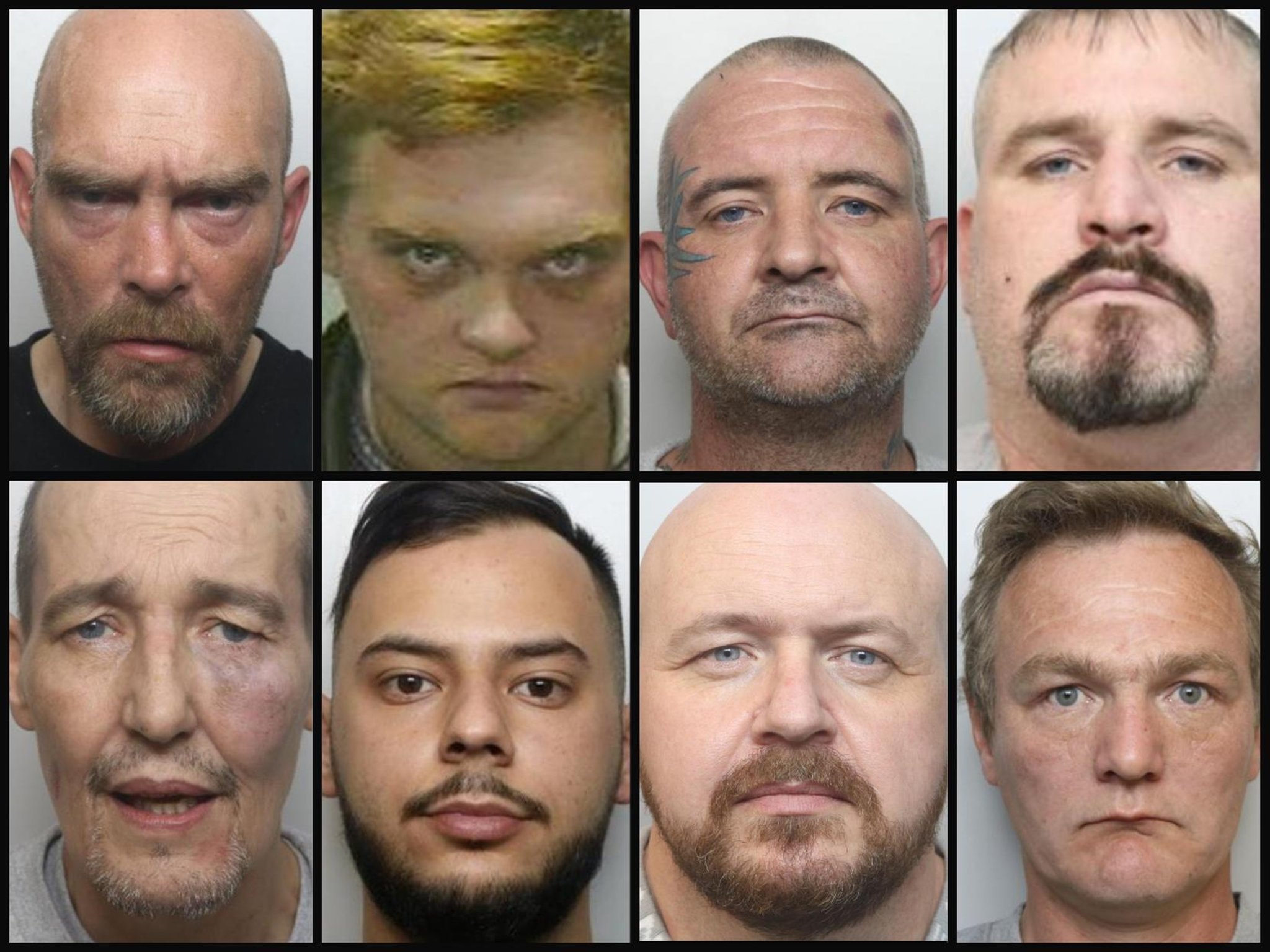 Here’s the faces of a handful of Northamptonshire’s biggest thugs, crooks and sex offenders all now detained at Her Majesty’s pleasure after being sentenced during May.

They include jealous Radu Stavrache who beat his girlfriend in the street and then threatened to “send guys after her” if she didn’t retract a statement she gave to police about the attack.

A judge at Northampton Crown Court jailed him jailed for 12 months for witness intimidation and common assault.

Andrew Shortland, 56, got four-and-a-half years after making a bogus claim for more than £8,000 in damages from the victim of a harassment case which saw him sent down in 2016

A jury found Dennis McGowan of raping a woman at his bedsit in 2019 despite the 37-year-old from Northampton telling the court he believed his victim had consented, saying: “She was enjoying it. Sounded like it anyway.” He will be sentenced in June.

Levi Lovey, 21, was jailed for three years at Manchester Crown Court last week after being found guilty of sex offences including assault and attempted rape of a 13-year-old schoolboy in Northampton in 2019.

Andrew Shortland, 56, was jailed in 2016 for making life a misery for harassing a woman since 1997 despite restraining orders — and he is back behind bars for four-and-a-half years after making a bogus claim for more than £8,000 in damages from his victim

Northampton drug dealer Brett James Franks took over a vulnerable man’s home to sell heroin and crack cocaine. Franks, 46, was jailed for seven years after the court heard his victim contacted police to say Franks was ruining his life

Euro 2020: England fans brave the rain at Northampton pub gardens to cheer on The Three Lions against Scotland – in pictures