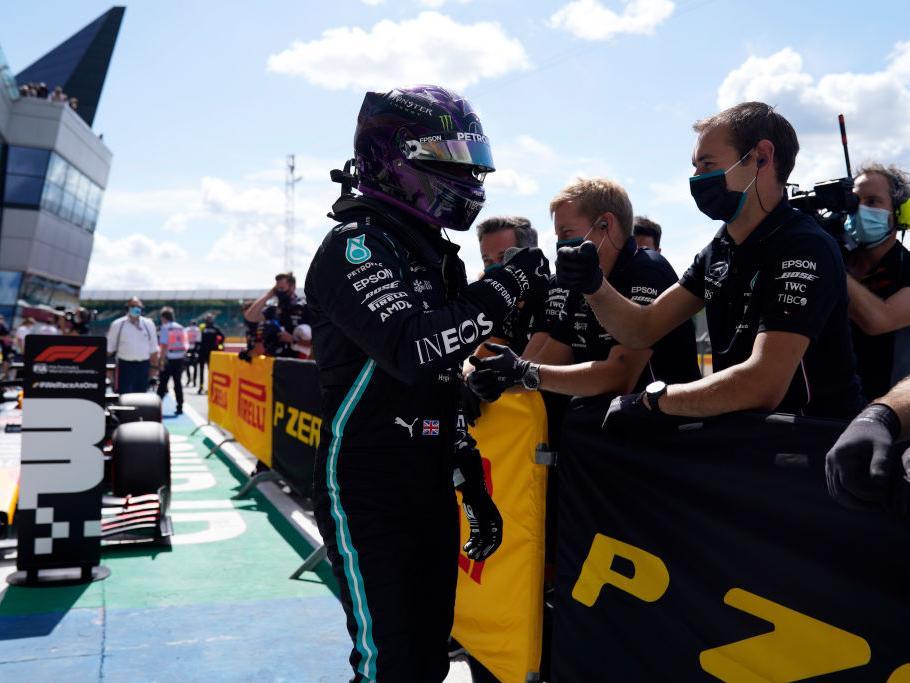 Lewis Hamilton continued to own his favourite stretch of Northamptonshire tarmac as he smashed the Silverstone lap record TWICE to claim pole position for Sunday’s British Grand Prix.

Just a shame nobody was there to see it.

The six-time Silverstone winner shrugged off a spin at Luffield early in qualifying with a best lap of 1min 24.303sec to secure his 91st career pole by three-tenths of a second from Mercedes team-mate Valteri Bottas.

Hamilton set the current Silverstone lap record in a race lap of 1:27.369 in the 2019 British Grand Prix.

But the Silverstone stands were all empty — as they will be again for Sunday’s big race as the Covid19 crisis forces 140,000 petrolheads to watch the action from the safety of their sofas.

But team-mate Sebastian Vettel’s struggles continued with the four-time champion only tenth.

Another Brit, George Russell, had another good Saturday by qualifying 15th — although he was placed under investigation for allegedly not slowing for yellow flags when Williams team-mate Nicholas Latifi spun off.