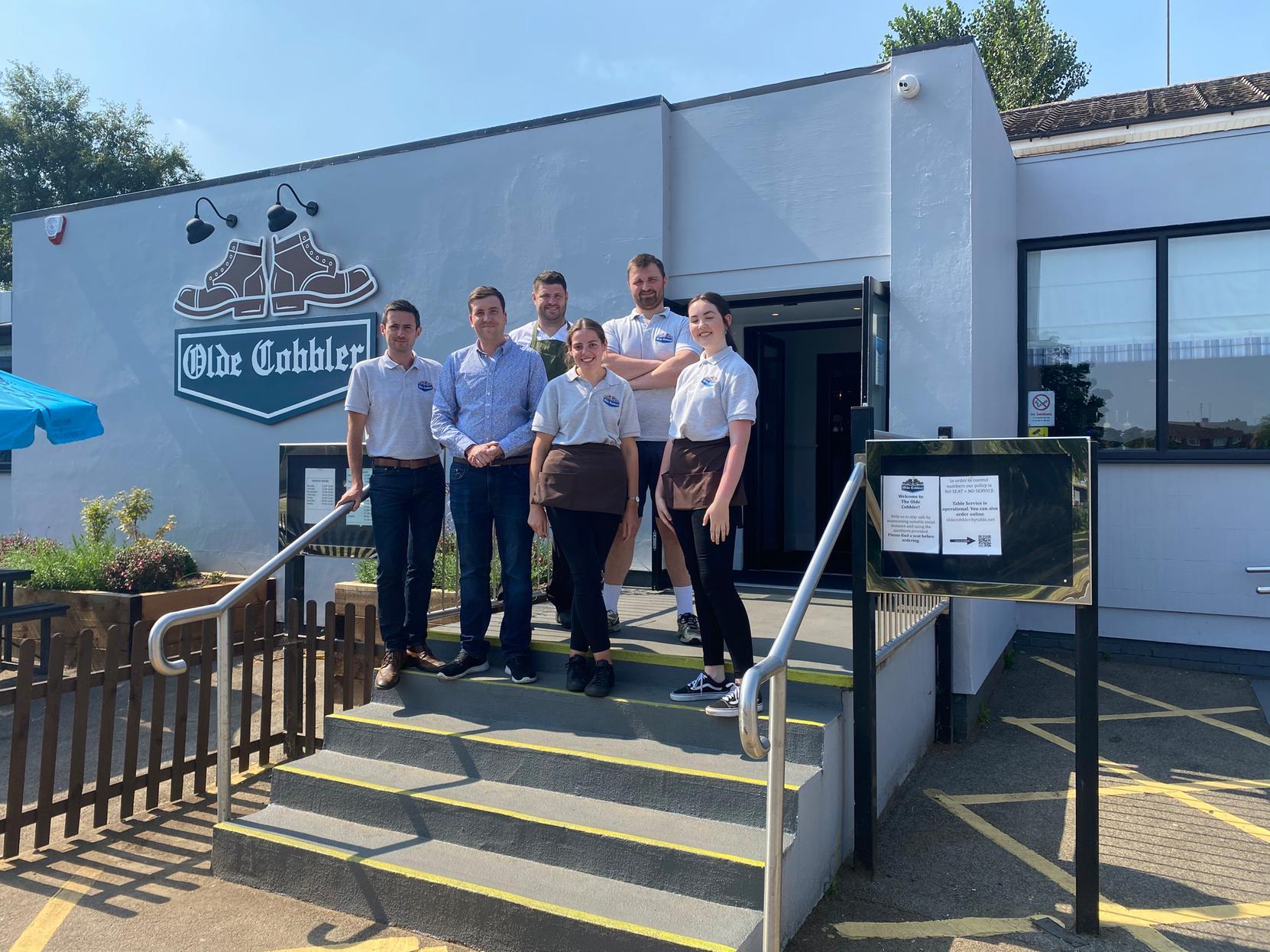 The Olde Cobbler was set for its grand opening in early April until the lockdown forced them to change plans.

The team at a Northampton gastropub that had to call off their grand opening when the lockdown hit is thanking residents who have welcomed them after their first month in business.

The Olde Cobbler, in Acre Lane in Kingsthorpe, was all set to launch in early April when the Government ordered all pubs and restaurants to shut.

For owner Matthew Turnbull, it meant knowing that whenever he did open his staff would face more rules, more work and more planning while trying welcome customers to a new pub on the block.

Now, Matt and his team are thanking Kingsthorpe’s residents for in fact welcoming him to the area and supporting the restaurant after opening on July 10.

“The response has been absolutely fantastic,” Matt told the Chronicle & Echo. “We’ve been really busy from the start.

“Kingsthorpe has really welcomed us. I think the area has been crying out for this and people have seemed happy that we’re open.”

The Olde Cobbler has now been in business for a month and had to plan its launch with social distancing and stepped-up hygiene in place.

Matt said: “I was really worried that we were opening in the middle of the restrictions and customers would have their reservations. But it just meant we’ve had to adapt what we do every day and now we’ve been open for a month.

“The Eat Out to Help Out scheme has been great too. It’s really turned the week on its head so we’re completely booked on those three weekdays but it’s brought in hundreds of covers for lunch and dinnertime.

“We’re actually trying to get the word out about our Sunday lunches and breakfasts because the week is a bit lopsided with the scheme in place.

“We’re going to offer a 20 per cent discount on Thursday at lunchtime and dinnertime off our own backs just to encouratge people to come see us on those days too if they can’t make Monday through Wednesday.”

The new venture – which is opening on the former site of Kingsthorpe’s Buddies USA burger restaurant – has been set up by the same team behind the Olde Victoria in Kettering.