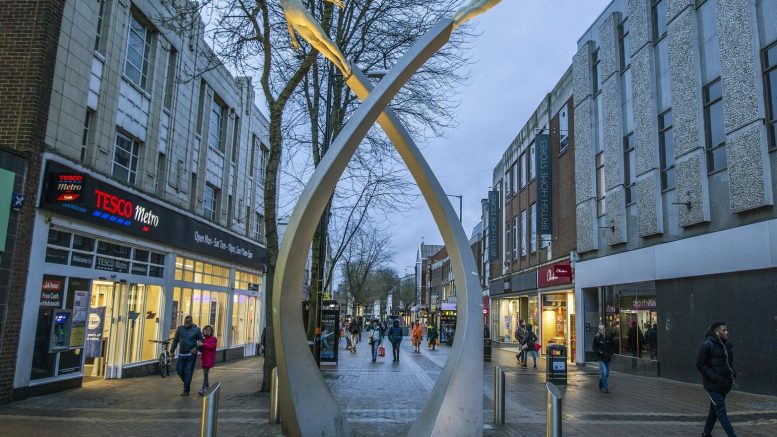 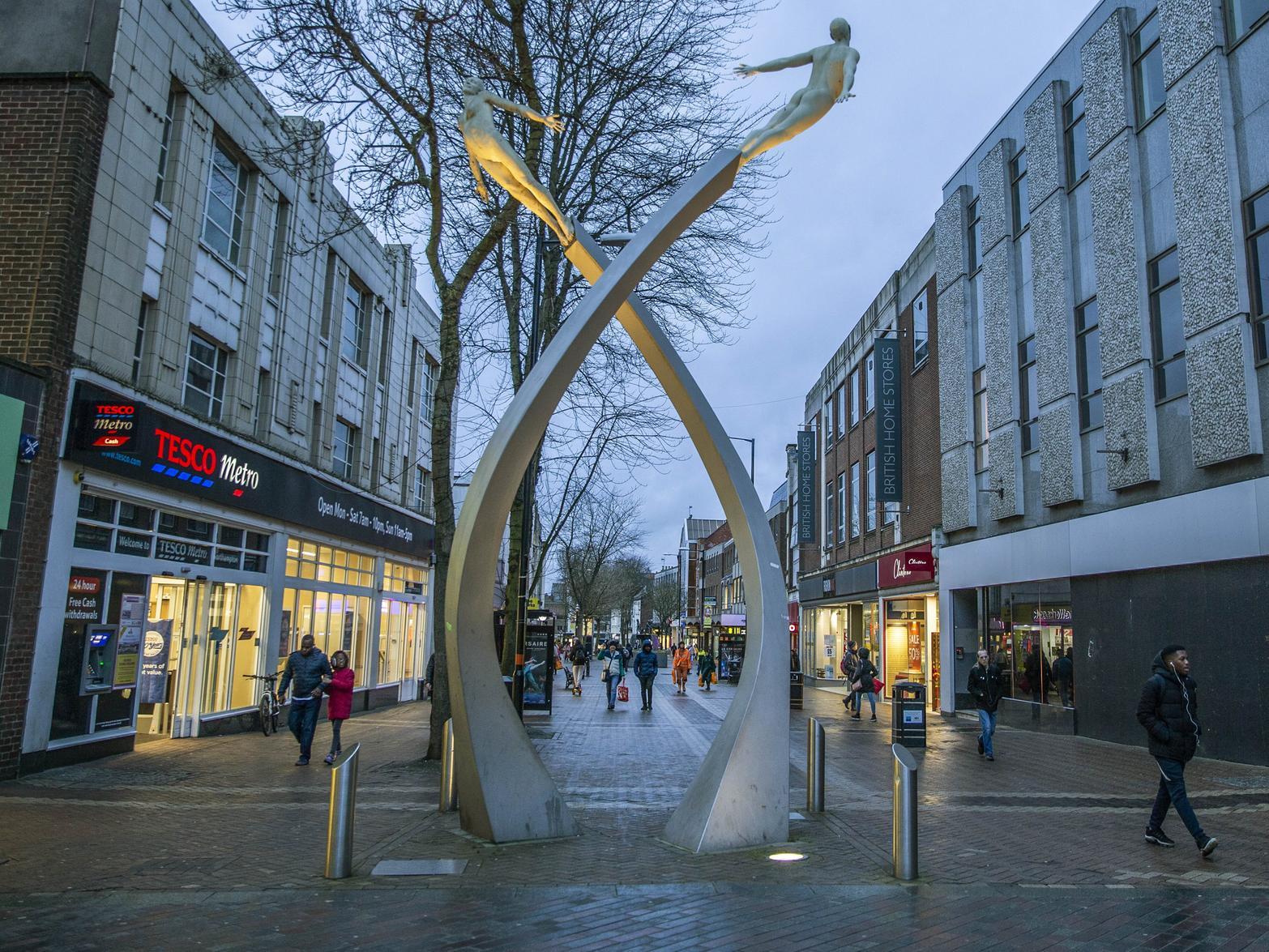 A shop worker came to the rescue of Victoria and her mum when she was knocked to the ground on Saturday. Pictures by Kirsty Edmonds.

Four-year-old Victoria was left in floods of tears on Saturday afternoon in Northampton after an e-scooter rider hit her.

The girl and her mum were crossing Abington Street, from the Grosvenor Centre heading towards Clarks, when the rider knocked into her.

Her mum, Agnieszka, said: “I called my girl to walk towards me and suddenly two e-scooters came at us very fast.

“One boy, I don’t think he was more than 16 or 17 years old passed my girl and she felt on her bottom. She got up and tried to approach me and suddenly the other driver hit her, my daughter rolled over and fell to the ground. “

“The girl from the e-scooter stopped and asked if my little girl was okay, then she started telling me that it was my child’s fault that this accident happened. When I told her I was calling the police she left.”

Officers appeared on the spot after a nearby shop worker called the police but because Victoria had no visible injuries Agnieszka said unfortunately the force could not take any action.

E-scooter riders have been largely spotted in the mostly pedestrianised shopping area Abington Street since their launch date on September 3. Pictures by Kirsty Edmonds.

She added: “I am not against e-scooters but I am against such stupid and dangerous driving. Luckily, nothing happened to my child physically but there might be an incident that could hurt someone more.”

PC Dave Lee, from Northamptonshire Police’s Safer Roads Team, was out on Saturday in the town centre.

On Saturday he tweeted: “We have dealt with 58 e-scooters today. Various offences from pavement riding, going through no entry signs all the way to having three people on one and a few kids riding them on parents account. Details taken and advice given.”

It comes as the scooter company, Voi, has announced the vehicles will soon all have number plates on so police and the public can spot riders who flout the law.

Since the trial began there have been over 26,000 scooter journeys made in the town but bosses for Voi have said there has been ‘a minimal number of complaints’.

This means officers can now use Voi’s e-form to notify the company of scooter misuse and block users who are repeatedly riding on pavements, riding with two people on a scooter, unlocking a scooter for someone else and riding e-scooters while intoxicated.