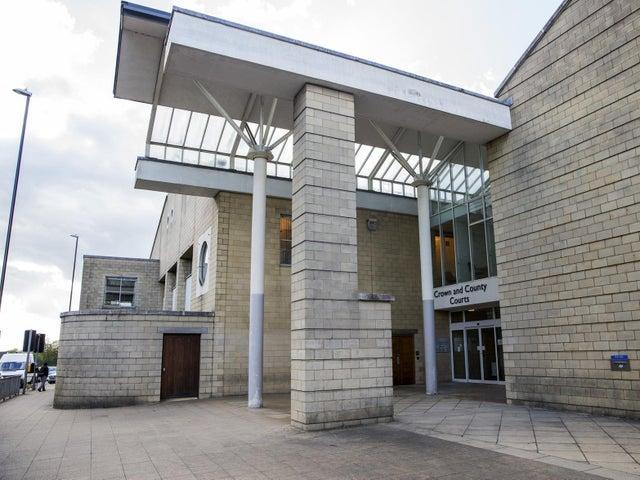 A 39-year-old man from Rushden who had sex with an underage teenage boy a number of years ago appeared before a judge last week to be sentenced.

On Friday, Northampton Crown Court heard that Daniel Wainwright, 39, had taken advantage of a teenage boy who had confided in him that he was gay.

Although his illegal advances were initially rebuffed by the boy, the defendant kissed the boy some years ago and then began an illegal sexual ‘relationship’ with him that lasted nearly two years.

The court also heard that award-winning Wainwright worked as a primary school teaching assistant in the county at the time and was also the CEO of an am-dram group, where he regularly directed productions as well as played the pantomime dame.

Prosecuting barrister, Kaja Reiff-Musgrove, said that Wainwright, of Sartoris Road, Rushden, was only caught out when someone walked in on him and the teenage boy together and reported him to the authorities.

The boy was devastated to hear at that time that the man he believed he was in a relationship with him had, in fact, also been having sex with other people.

But when he made his first court appearance before magistrates, he admitted three counts of sexual activity with a child, covering 12 different occasions. Any sexual activity after that time was considered to be legal and consensual because the boy had turned 16.

Mitigating, Ben Gow said: “There’s no suggestion he’s been a risk to any of the children at the school where he worked. He emphatically denies an interest in children or that he was grooming the boy.”

Wainwright was dismissed from the primary school where he worked once the allegations came to light.

“He fully knows he has to take the consequences of his actions.”

Judge Rebecca Crane said: “You took advantage of him (the victim), particularly as he confided in you about his sexuality.

“He had believed this was a loving relationship but he became aware you were having a sexual relationship with other people.

“It’s clear it’s affected him terribly. It’s affected his friendships with other people. You saw this as a consensual relationship but, given his age, he couldn’t consent.”

Judge Crane said that, although she could have sentenced him to four years behind bars, Wainwright had pleaded guilty at the first opportunity, had engaged with the authorities and had shown remorse. He was also said to be suffering from agoraphobia, depression and a personality disorder.

Wainwright was sentenced to a two-year community order with a 50-day rehabilitation requirement. He was also ordered to carry out 180 hours of unpaid work and was given a two-month curfew to run from 8pm to 6am each day.

He will be placed on the sex offenders’ register for five years and a sexual harm prevention order was made banning him from joining any groups where children may be present or from working with children.