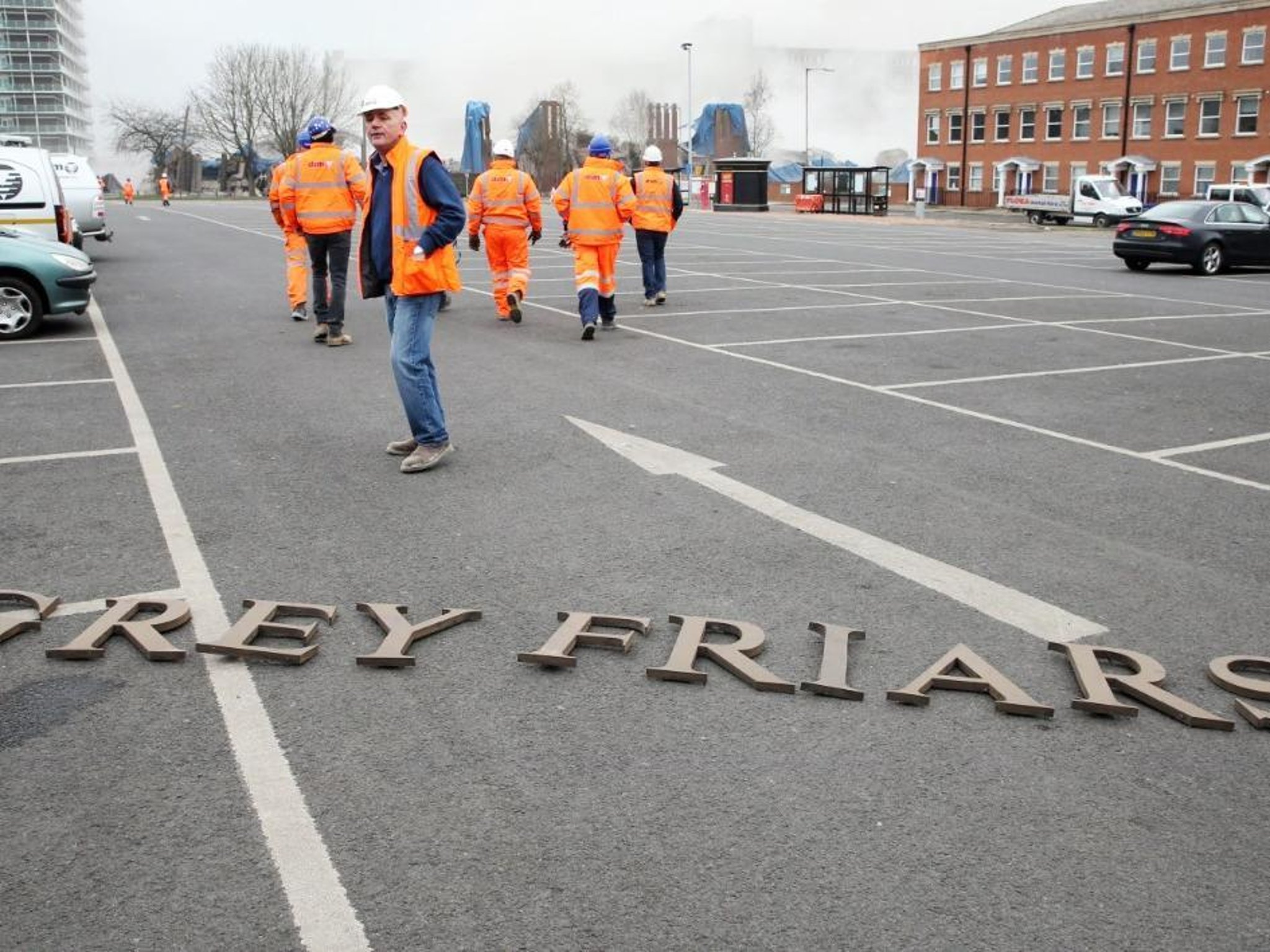 It was a cold and dry day on the morning March 15, 2015 as the town came together to watch the old, iconic 39-year-old Greyfriars Bus Station be demolished.

Dubbed Northampton’s ‘Mouth of Hell’ by designer and presenter, Kevin McCloud, the former bus station was costing taxpayers £500,000 to maintain and to bring it up to standard would cost almost £30 million.

The bus station, with a carpark and three storey office segment above its two gaping bus maws, was designed to attract people to the linked Grosvenor shopping centre via a brown, unusual smelling underpass.

Following months of planning, Greyfriars was brought down in a matter of seconds in a massive controlled explosion, which would change the skyline in Lady’s Lane forever – and take three months to clear up.

The Greyfriars building, which was last used by passengers in 2014 and designed by Arup Associates, collapsed as the town looked on and was followed by a huge cloud of dust that lingered before revealing mountains of newly-blasted concrete.

The demolition, carried out by DSM, involved more than 2,000 explosive charges. The charges were triggered sequentially moving from east, Wellington Road, to west (Sheep Street).

It was the first time the site has lain empty of buildings since 1976.

Since the bus station was demolished in 2015, plans to build on the four-acre site have stalled – including a scheme to build a cinema and flats, which fell through in 2017.

There are still no new publicised plans on the table but the borough council did set out in its ‘Local Plan Part Two’ consultation what it wanted to see from developers who were planning on building on the site.