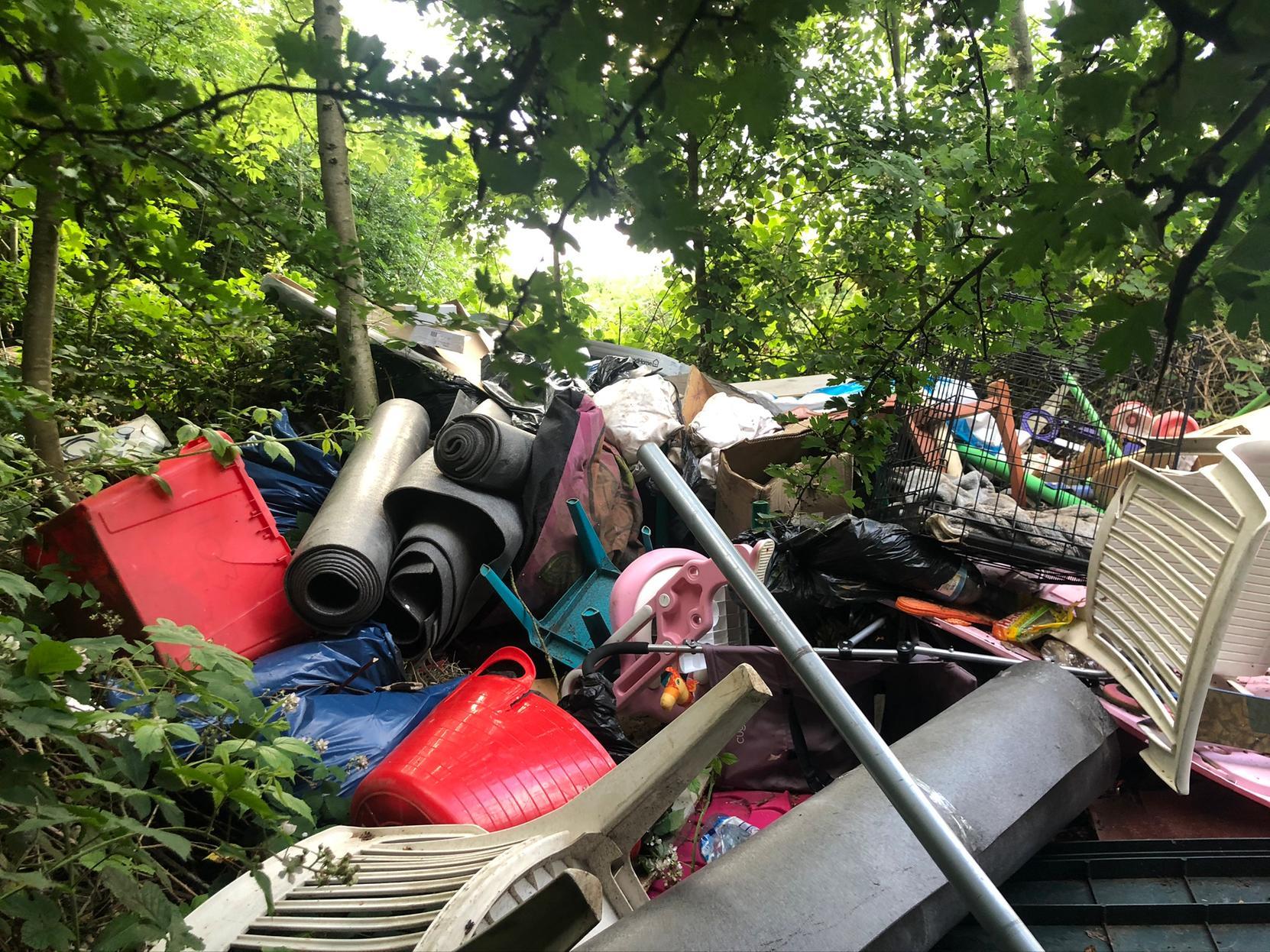 A wildlife photographer went out to take beautiful pictures in a Kettering wood – only to come across a staggering amount of rubbish that had been fly-tipped.

The incredible mound of items, believed to be from a house clearance, was found by Dan Whitney when he went out on June 30 to take pictures along Weekley Wood Lane.

Garden furniture, children’s toys and even a games console were found in a small patch of woodland just off the A6183.

Dan said: “This wasn’t just a few bin bags, this was clearly a house clearance including garden furniture, kids toys, pet beds, flooring materials, broken glass and even a NES! It looks like it was dumped either by the household themselves or they paid a house clearance company.

“Myself, Dez Dell and Steve Esler from the Save Weekley Hall Wood campaign went out the next day to take a closer look and more had been dumped.

“We did find an address so hopefully something can be done about this, as this needs to stop and people shouldn’t get away with it.“

The fly-tipping has since been reported to Kettering Council, who are expected to issue a statement “as soon as possible”.

A council spokesman told the Northants Telegraph they are investigating to establish who the landowner is.

Steve Esler from the Save Weekley Hall Wood campaign went out to volunteer to help get rid of it, but quickly realised pictures didn’t do it justice.

He said: “The sheer volume of refuse left there is staggering.

“It looks as though someone has had a house clearance, arranged for the rubbish to be taken away and it has ended up here.

“These incidents have been growing in recent days and I hope the authorities track down the culprits to prevent anymore.”

And fellow campaigner Dez Dell added: “Its astonishing how many of these incidents pop up on the local Facebook groups.

“People should be aware that if they employ someone and they don’t have the proper license to take their rubbish away that they could be the the ones who get fined.”

Fly-tipping can be reported on the Kettering Council website.

Message from the editor: Thank you for reading this story on our website. While I have your attention, I also have an important request to make of you.