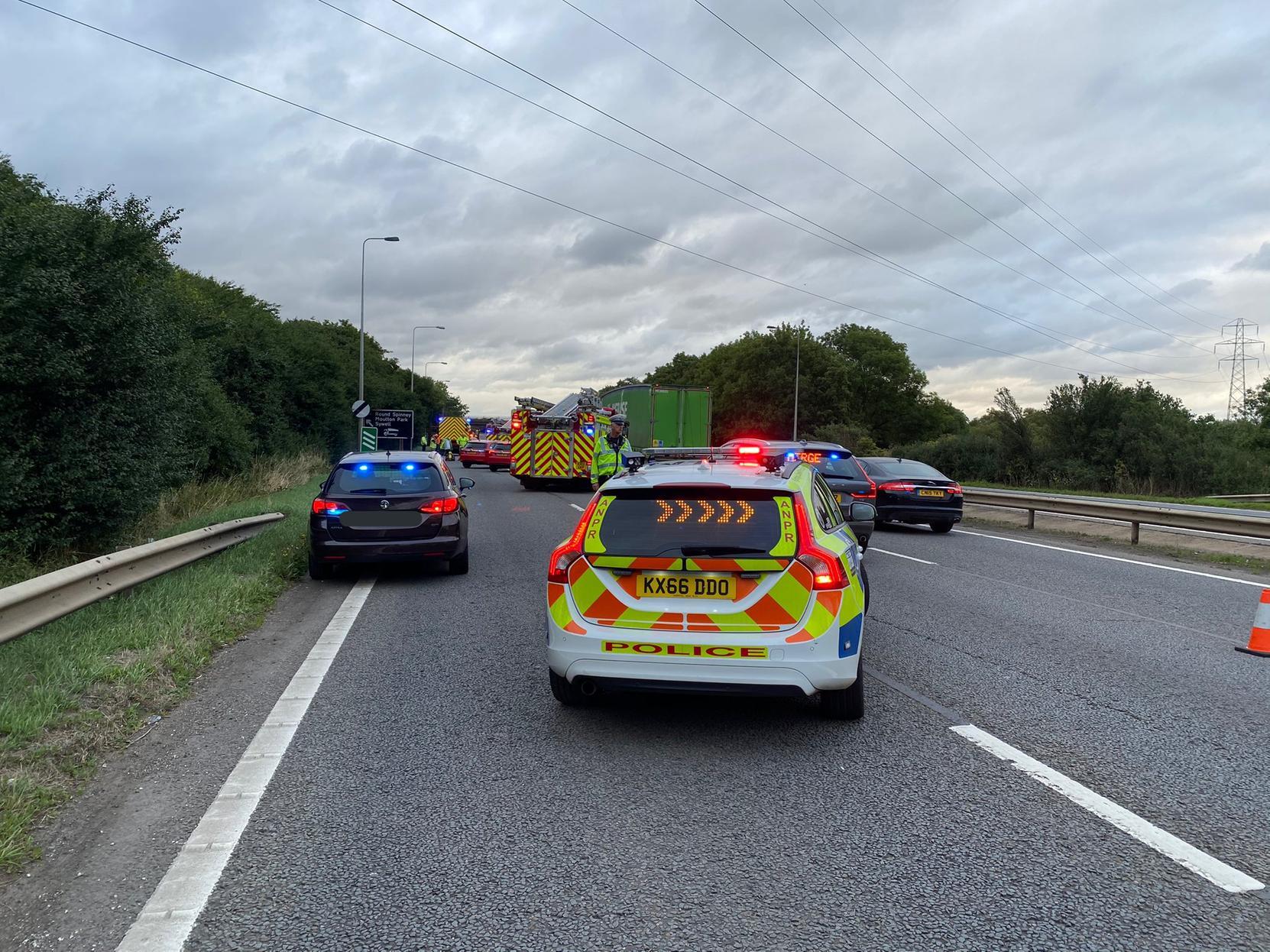 Two lanes are blocked on the A45 eastbound near to Riverside in Northampton. Photo: Northamptonshire Police

Police have closed two lanes on the A45 in Northampton while they deal with a smash involving a lorry carrying chemicals.

The stretch of carriageway eastbound is partially blocked between Riverside and Barnes Meadow with firefighters on the scene to asses the damage to the HGV.

The crash was reported at just after 7.30pm.

“There are some delays in the area at the moment and we are working hard to get the road fully reopened.”