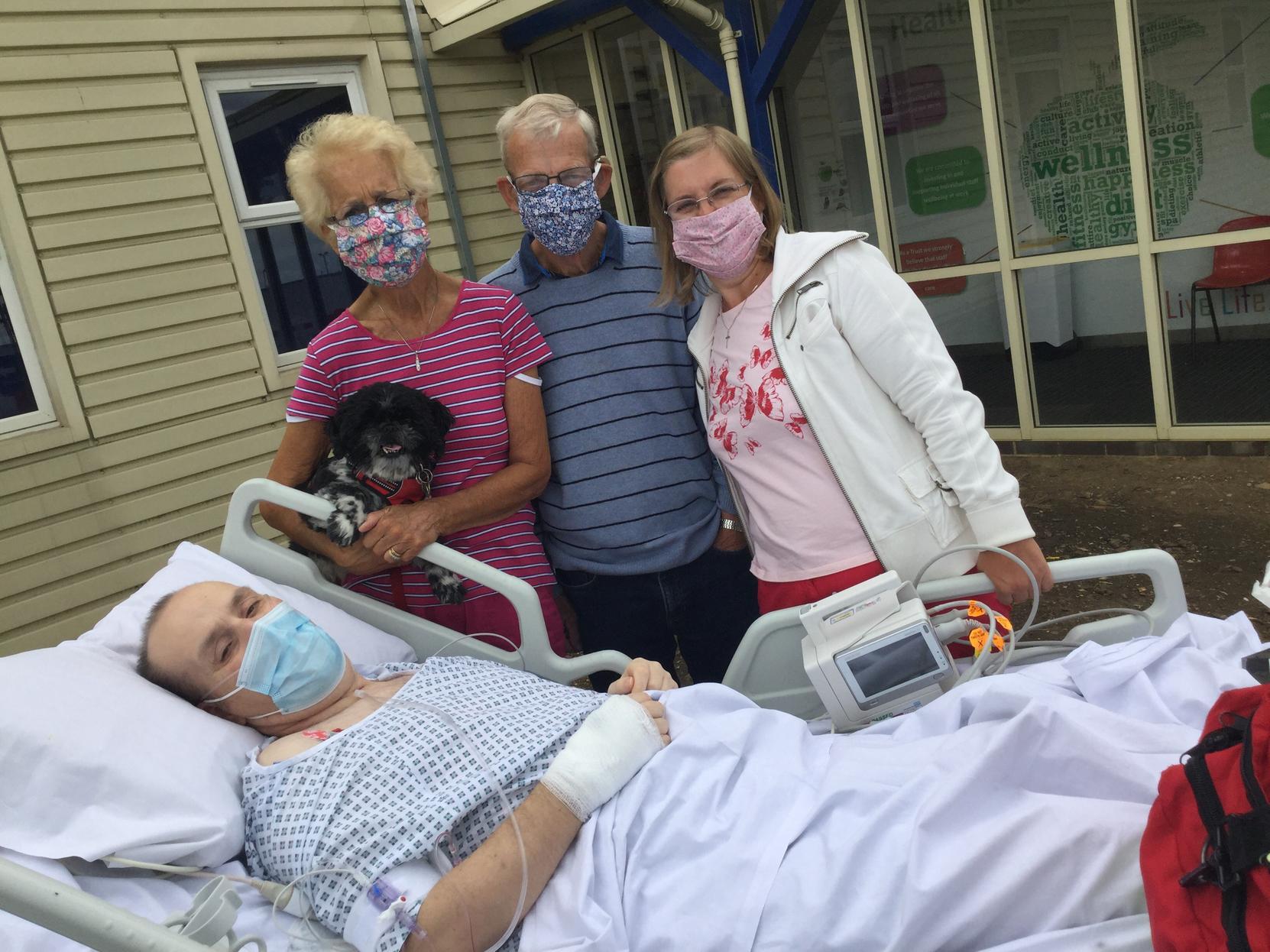 Paramedics – who arrived within ten minutes of receiving the blue light call – said if his family had not called the ambulance service he would not have survived another 48 hours.

Jeremy was diagnosed with sepsis by paramedics on the same day that he was admitted to hospital. But he was not told until four days later that he also had pneumonia and had tested positive for Covid-19 which saw him put into an induced coma.

On Monday night, after 110 days in hospital, doctors and nurses clapped him off the high dependancy unit and onto a ward where he’s remained for four days.

His sister, Nicola Clough, said: “The doctors have told us he should not be here which is frightening to think.

“Everyone says ‘he must be one very strong guy because he is still fighting off so much – it’s only within the last three weeks I would say we got him back mentally.

“He is a miracle and he knows that. It’s still up and down but we take the good as much as we can.”

Back in March the supermarket security guard was suffering from an “upset stomach” for a couple of days ahead of being admitted into hospital.

He had a high temperature for one day but his family put it down to Jeremy having muscular dystrophy. After asking for a second opinion, doctors told him to self-isolate in case it was coronavirus but they were not sure.

After beating the diseases in April, Jeremy, who had a tracheostomy for eight weeks, is now learning how to walk and talk again and is scheduled to have rehabilitation sessions in Royal Leamington Spa once he’s made a full recovery.

“He is amazing, he has been fighting so hard and he has beaten all the odds,” Nicola added.

Did you see this spectacular funnel cloud in the stormy skies over Northampton tonight?