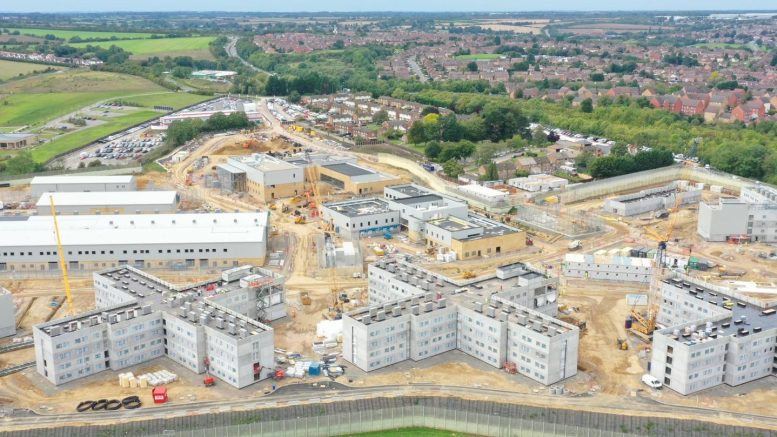 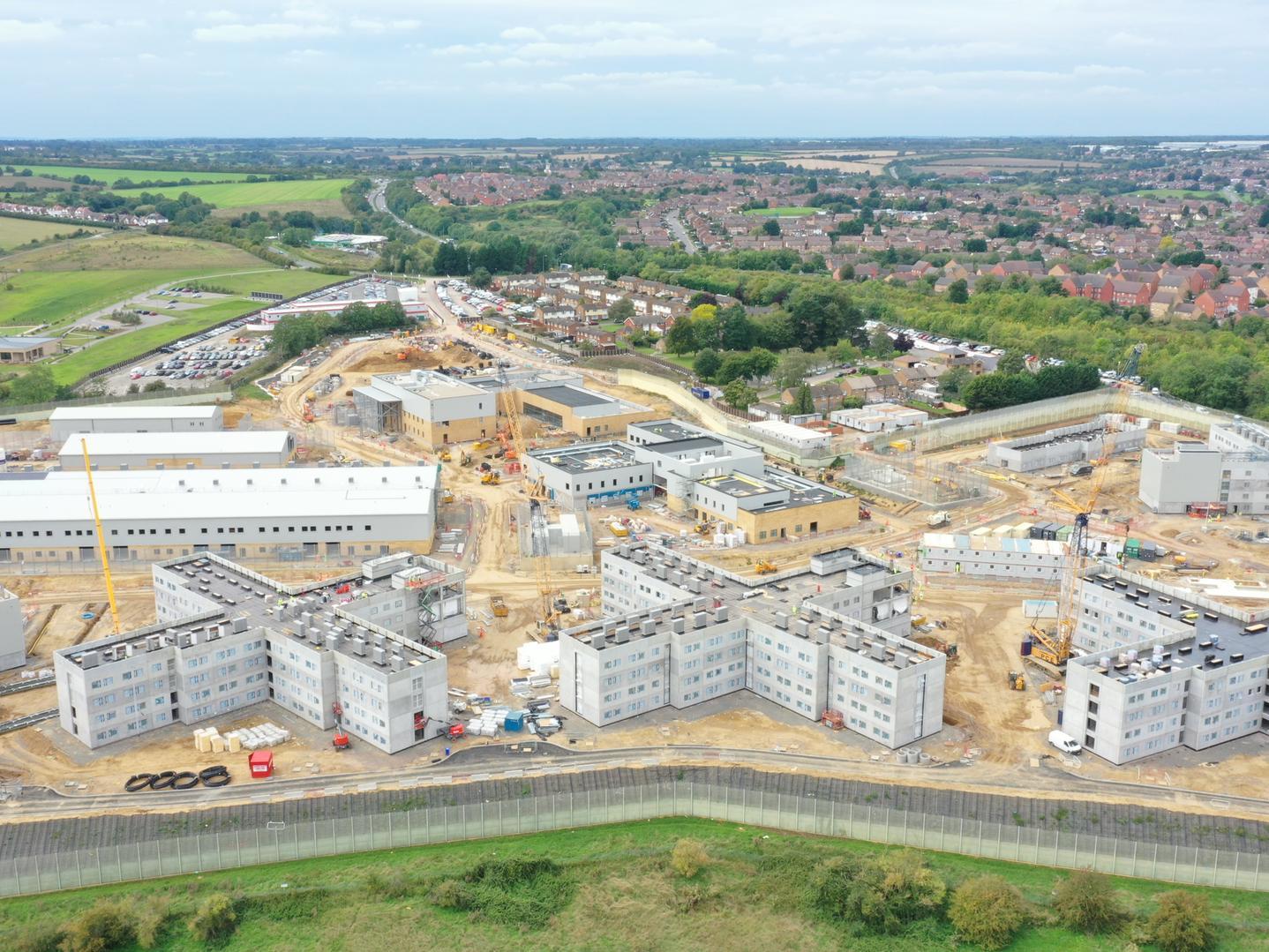 The operator and new name of Wellingborough Prison has been revealed.

The new prison will be called Five Wells, a name chosen by the local community after the five historic wells surrounding Wellingborough.

The agreement will boost the local economy with 700 long-term jobs and see G4S manage the prison until 2032.

“The new prison is an important investment not only in the criminal justice system, but also in Wellingborough, creating hundreds of new jobs to support the local economy.”

An aerial image of work progressing on the new prison

He said: “Construction of HMP Five Wells is progressing amazingly well and this latest news is another major milestone towards its completion.

“The Borough Council of Wellingborough, and in particular our planning team, have worked really closely with the ministry over the last five years to deliver the prison on time and our successor North Northamptonshire Unitary council must now continue to work with the prisons operators in a collaborative way when it is opened.

“The prison will bring a huge boost to the local economy and businesses as we come through this dreadful pandemic, and it will provide hundreds of jobs for local people.

“Having seen and heard the plans for HMP Five Wells I am confident that it will be the flagship of the whole prison estate and Wellingborough and its residents will greatly benefit from this huge investment into our area.”

Privately-run prisons are among the best performing across the estate and have been consistently praised by independent inspectors.

In jails managed by G4S, 95 per cent of the scores marked by HM Inspectorate of Prisons show their establishments are performing as ‘good’ or ‘reasonably good’ – the top ratings available.

G4S-managed prisons have also brought innovative new approaches to offender rehabilitation, including a cutting-edge families intervention programme and peer-led initiatives, praised by prison inspectors for building “excellent personal and social skills” so prisoners contribute in jail and are prepared for resettlement.

HMP Five Wells, alongside a new prison being built at Glen Parva in Leicestershire, and a new houseblock already opened at HMP Stocken in Rutland, will deliver around 3,500 new places, marking the latest development in the Government’s plans to expand the prison estate with modern jails that boost rehabilitation and cut reoffending.

Additionally, the Government is investing up to £2.5 billion in 10,000 additional modern prison places.

This includes four new jails to be built during the next six years.

Wellingborough’s former prison was shut down in 2012 because of its poor condition.

But it was then revealed that the site would be brought back into use as part of the government’s Prison Estate Transformation Programme.

Kier is busy working on the new prison, a category C resettlement jail, which has been called a blueprint for the future generation of prisons.

Finally, some good news….Covid infection rates drop below 100 in ten areas of Northamptonshire