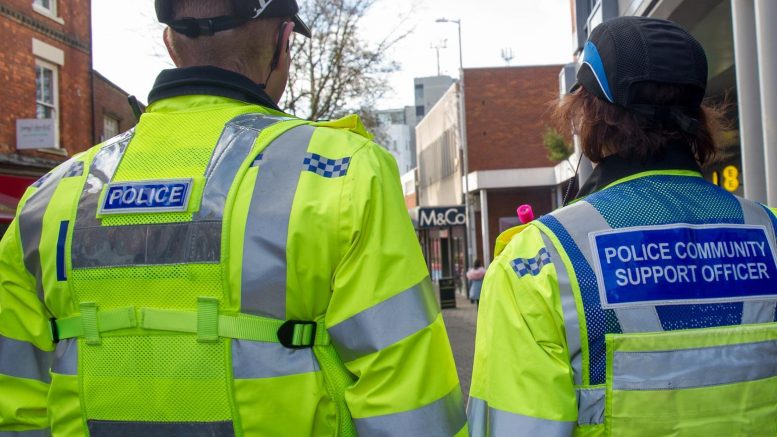 Northamptonshire Police say they are waiting for the government to grant more powers to enforce Covid-19 restrictions.

A top police chief says his officers will use enforcement “as a last resort” against residents who flout Covid-19 restrictions now Northampton has been labeled a high-risk area.

Now, Northamptonshire Police has responded to suggestions they will be “stricter” with enforcing Covid-19 restrictions in the town going forward.

Assistant Chief Constable Simon Blatchly was asked during a press conference on Friday (August 31) whether the force will be stepping up on-the-spot fines and arrests for residents.

ACC Blatchly said: “We’re waiting for any new government legislation that will come out as a result of the press releases that have been made today.

“Our intent would be to do exactly what we did during the high point of [the pandemic in] March, April May. We are hoping to engage with the public and educate, with enforcement being the last resort.

“We are waiting for any additional powers that the Government might pass down.”

Currently, police have the power to issue £100 penalty tickets to shoppers who refuse to cover their face in stores, which has been mandatory since July 24.

Police can also issue penalties to passengers on public transport who refuse to wear face coverings, and also also order them off.

Action can also be taken against households with excessive parties or non-compliant gatherings.

It comes as the same press conference also heard that the decision to move Northampton onto the Government watchlist as well as the two-week self-isolation restriction for Greencore’s staff was tipped by the Secretary of State for Health Matt Hancock.

An “action plan” should be in place Northampton if it has now been placed on the “area of intervention” list, but new powers for the police have not yet been announced.