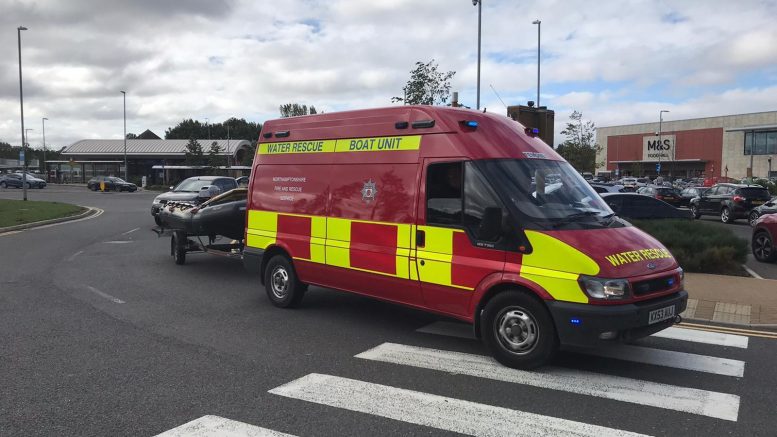 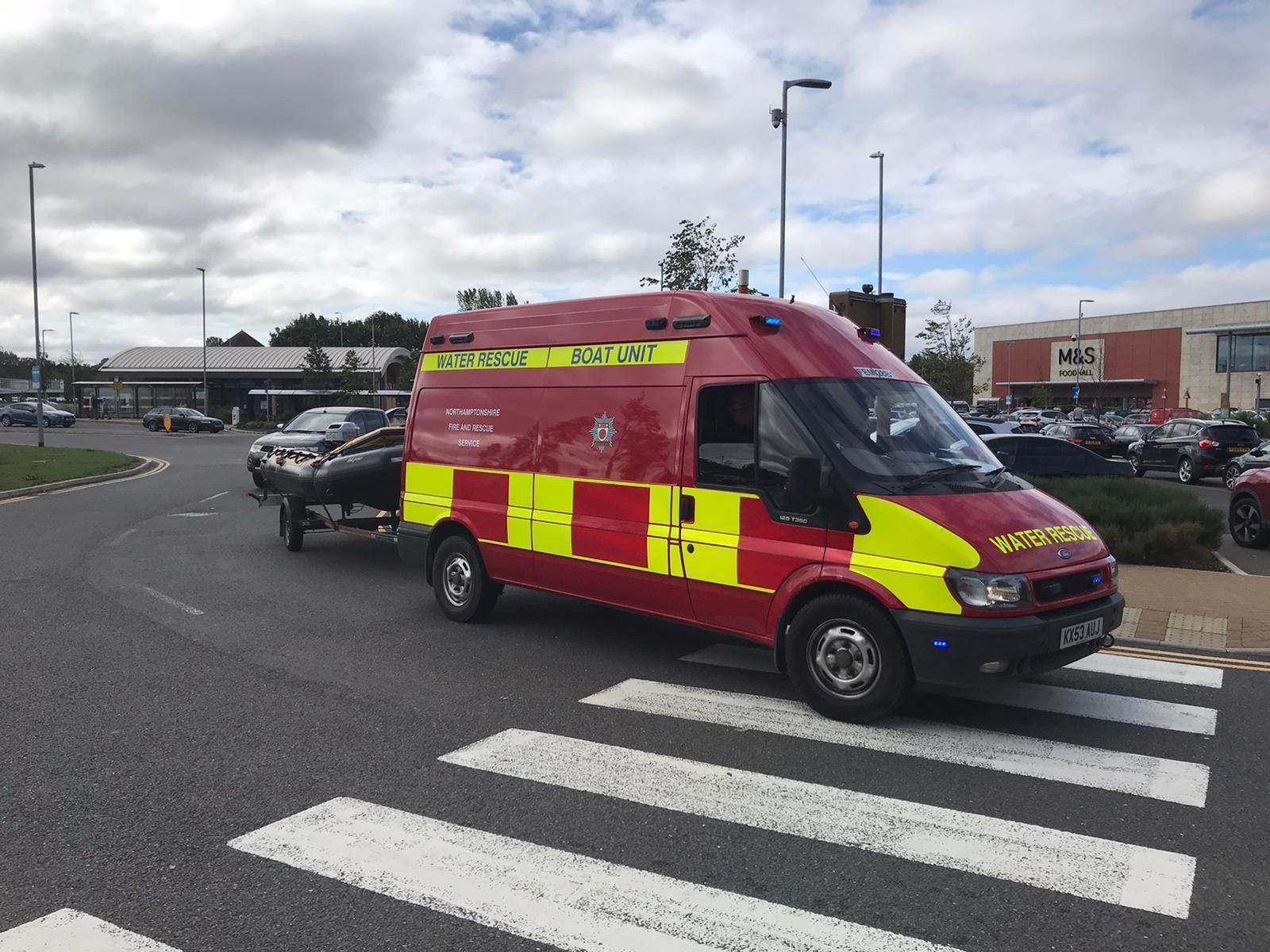 There was a big emergency response to help a woman stuck in the water at Rushden Lakes. Photo Northamptonshire Fire and Rescue

A woman was rescued at Rushden Lakes yesterday (Saturday) morning after following after her pet dog into the water and getting into difficulty.

The incident happened at around 9.45am yesterday morning when the 63-year-old woman called police from the water to say she could not get out.

A spokesman for Northamptonshire Police said the woman had followed her spaniel into the water after the dog was struggling to get out, although her dog had made it out.

Northamptonshire Police contacted Fire and Rescue who sent a pump from Earls Barton, a pump from Raunds, two boat units, an animal rescue unit from Wellingborough and a technical rescue crew from Mereway.

A spokesman said a large response is typical when a person is in water.

The woman was rescued from the lake and treated for mild hypothermia at the scene by firefighters before East Midlands Ambulance Service attended and took the lady to hospital.

Both the woman and her spaniel are ok.

Police urge missing Wellingborough teen to get in contact