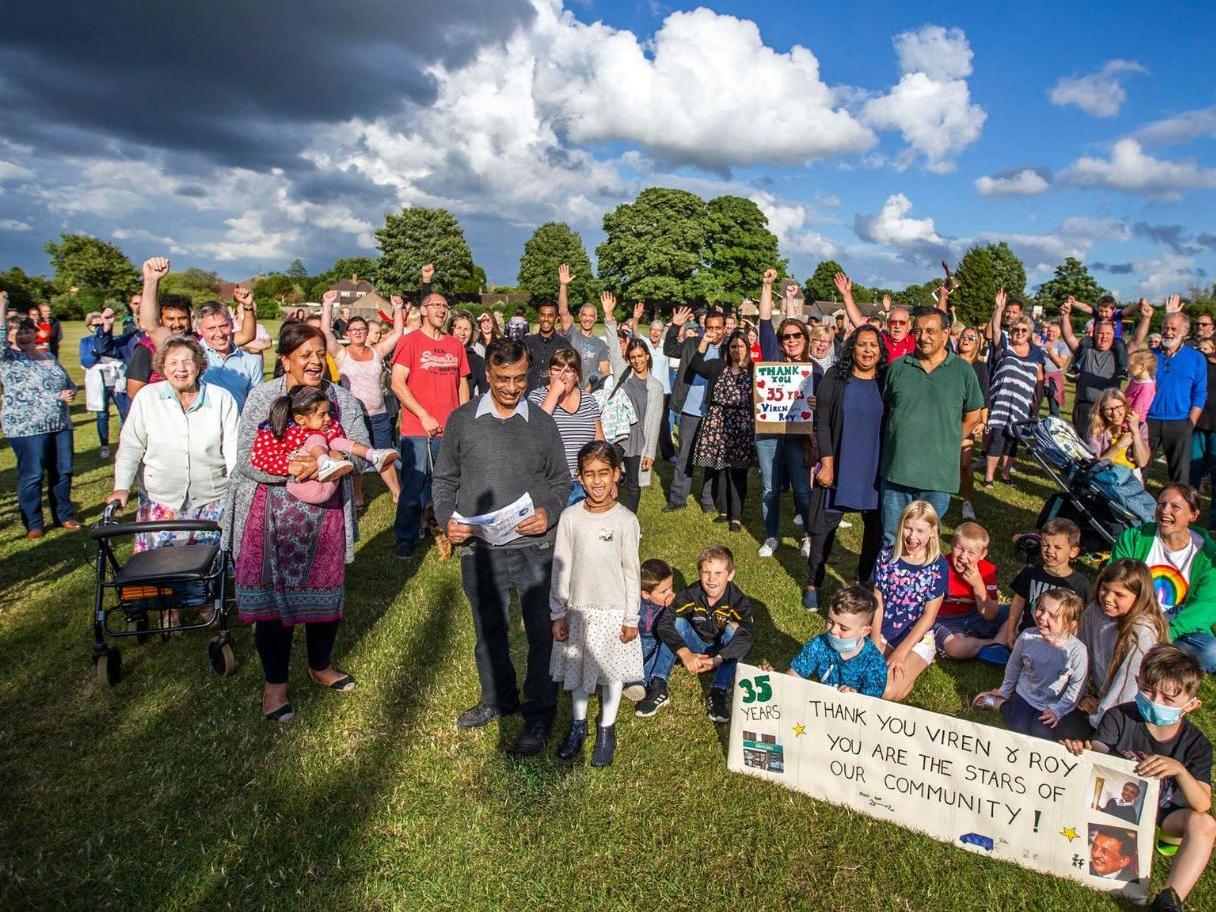 Even to this day when I have moved out the village and visit my mum.

He still remembers me and asks how my family is.

Lovely bloke, always have a chat when I go in.

My husband Noel and I have had many an interesting chat with Viren.

And he knows his red wines too; had some good recommendations from him. Well done Viren, very well deserved x

Awww! Amiya was telling me about this the other day! Congrats!!

Used to get off the school bus and pop in for a packet of Snaps!! Always a friendly chap.

Congratulations Viren ,Roy and family. I remember your kindness to me and my parents. Thank you .xx

Really nice man. Always talked to me when I went in there.

The story: The ‘lenient’ sentence of a thug who killed Northampton’s Glenn Davies in a one-punch attack has been increased by three years

Happens too often, one punch to the head and most of them are to the back of head too when it is unexpected. Start giving these thugs longer sentences, a man has lost his life and many lives have been destroyed by this man’s actions!

Not long enough! Life for a life. People have got to understand how poor Glen’s family is feeling. Because if that was my son he killed he’d regret it when he came out he’d wish he’d still be in prison that’s all I’m saying. I would never ever forgive this thug! That goes for anyone who has killed because people who kill ruin families for the rest of their lives. Deffo should have got life!

Let’s hope the £2.5b that is being invested into the prison system is used to actually rehabilitate this man so actually does come out reformed. My thoughts and prayers are with the man’s family who lost his life.

Premeditated or not, he had time to walk away but still went round to deliver the final blow. 15 years should be minimum , this is the reason people have no faith in the justice system.

And the establishment- that dreary unimaginative disgrace (party politics aside- both the blue and red franchises are as bad) wonder why there’s so much crime.

So has the judge who originally sentenced him been sacked?

3 and a half years isn’t enough for a life but it was not the man’s intentions to kill.

The story: Police snapped one speeding vehicle every 50 seconds on the A43

People moaning about speeding, I think tailgating should be targeted more myself! Nothing more infuriating than only being able to see some idiot’s bonnet and windscreen in my rear view! Must admit I have slammed my brakes on numerous times to shake em up.

They need to be on the new dual carriageway on the A43, catch loads there seeing it’s a 40 mph hardly anyone goes at that speed.

And they say the police are underfunded!

Tickets are useless, many will not pay them anyway.

Take away their cars, simple as that.

These speeders put lives at risks, we have to stop waiting for them to kill someone first before a stricter sentence is enforced.

investigations revealed that excessive speed was a contributing factor in 14 per cent of collisions.

And everyone here goes blaming speeding. Interesting what makes rest 86 per cent? Probably they are the people who blame speeding while crashing left and right because of no driving skill, awareness, reaction or brains.

Maybe they wanna target inner city roads like the billing road where I have witnessed idiots doing speeds of 60 mph + every evening and that’s a 30 zone.

Not once have I seen a mobile speed camera along there but there have been numerous crashes and even deaths.

People moaning about mobile speed cameras but speeding, so effectively paying for them to be there.

‘It was wonderful’: Places of worship around Northampton welcome back congregations after lockdown